Barcelona defender Samuel Umtiti has refused to be drawn into speculation over a potential summer move to Manchester United.

The 24-year-old France international defender has seen his future plans questioned following reports in Spain that talks over a new deal at Camp Nou have come to a standstill. 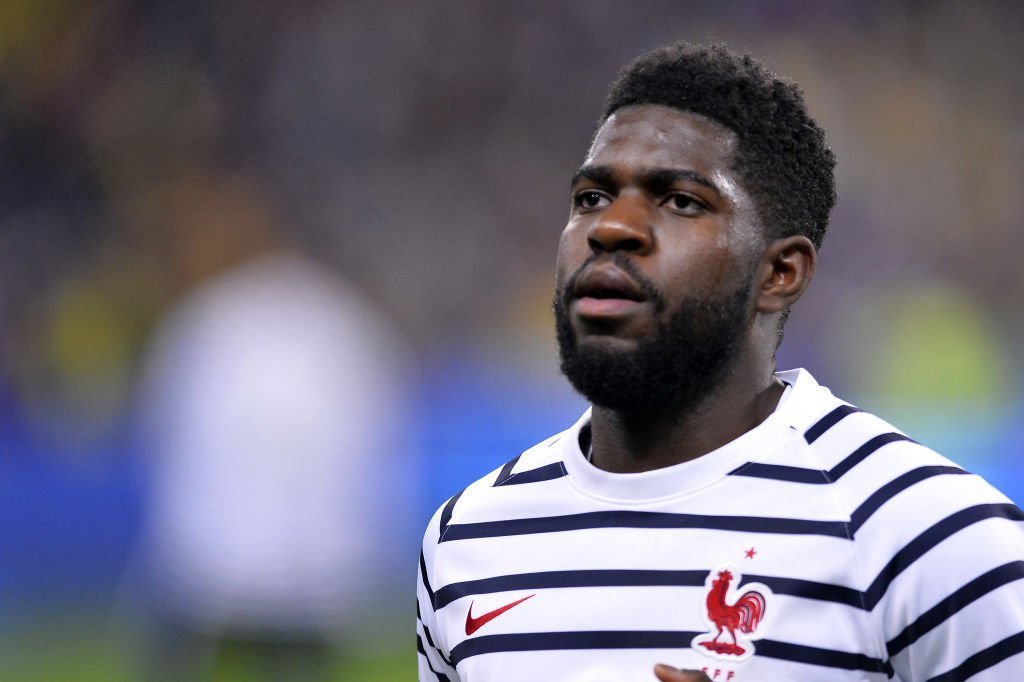 Manchester United are reportedly ready to pounce by matching his €60 million (£52.5m) release clause and offering the player around €9 million (£7.9m) per year.

The former Lyon centre-back has done little to quell such rumours.
While on TF1’s ‘Telefoot’ programme, he was doing a light-hearted quickfire question and answer session when he was asked whether he might move to the Premier League giants or not.At this point, he elected to play his ‘Joker’ card, meaning that he did not have to answer the question.