Home News ‘Who will leave the White House next, Steve Miller or Melania? –... 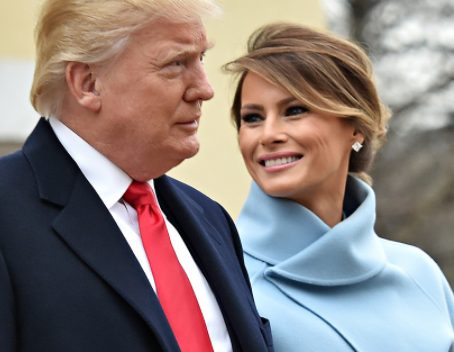 Last night, President Trump attended the annual Gridiron Club dinner where he cracked jokes that has since gone viral.

He reportedly pondered who would depart the White House next: “Steve Miller or Melania?” saying, ” so many people have been leaving the White House. It’s invigorating since you want turnover. I like chaos. It really is good. Who’s going to be the next to leave? Steve Miller, or Melania?” Trump quipped, according to White House pool reports.
Trump later joked that his wife Melania could also claim him as “an adult dependent,” riffing off “Fire and Fury” author Michael Wolff, who claims White House aides have told him they view the president as child-like.
President Trump’s joke about White House turnover comes days after communications director Hope Hicks announced her departure.
Early this year, Trump’s relationship with First Lady Melania Trump was thrust into the spotlight when reports emerged that former adult film star Stormy Daniels had an extramarital sexual encounter with Trump early on in his marriage with Melania.

READ ALSO
BBN - Khloe opens up on her battle with depression

Johnson Olumide - February 17, 2020 0
The 'Anaconda' hit-maker has been officially announced as one of the Mc's to host the 2015 MTV base Music Video awards taking place on Sunday August 30th 2015. The Music...

See Beyonce’s Congratulatory to Tyler Perry on his new achievement

Violette - November 10, 2019 0
American actor and film maker, Tyler Perry some days ago launched his studio (TylerPerryStudios) and some celebrities have take to congratulate him. Among notable Celebrities...

BBNAIJA: Glow With Me-Diane Yashim As She Welcomes Her Fans Into A New Day

Violette - November 12, 2019 0
Former big brother house mate Diane Yashim is looking extra beautiful this morning as she welcomes her fans into a new day with a...

Violette - January 18, 2020 0
Former big brother naija star, Khafi Kareem has shared the awful experience she had as she starts her driving lesson. The reality star and brand...

Watch As Nina Chooses Who To kiss & Marry Between Tobi, Miracle & Teddy...

Violette - June 6, 2018 0
Big brother naija 2018 finalist in a recent interview with The Net was asked to pick between Tobi, Miracle and Teddy A who she...