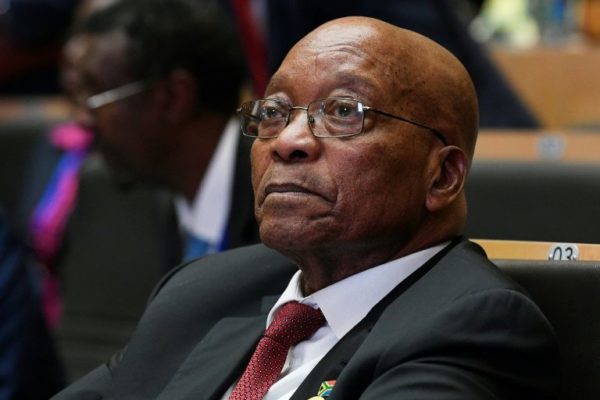 Former South African president Jacob Zuma is to face corruption charges over a $2.5 billion arms deal, prosecutors said, as years-old scandal returned to haunt him within weeks of his fall from power.

Zuma, who was forced to resign by his ruling African National Congress (ANC) last month, was at the centre of a 1990s deal to buy European military kit that has cast a shadow over politics in South Africa for years.

Chief state prosecutor Shaun Abrahams told a media conference on Friday that Zuma’s attempts to head off the charges hanging over him for more than a decade had failed.

The 75-year-old denied all the allegations against him, Abrahams added.

“After consideration of the matter, I am of the view that there are reasonable prospects of successful prosecution of Mr Zuma on the charges listed in the indictment,” Abrahams said.

SO SAD! Emirates Female Crew Member Dies After Falling Off Plane (See How It Happened)

“I am of the view that a trial court would be the most appropriate forum for these issues to be ventilated and to be decided upon.”

Twelve are of fraud, one of racketeering, two of corruption and one of money laundering.

There was no immediate comment from Zuma and it was not immediately clear when the former leader might go to trial.

Zuma was deputy president at the time of the arms deal. Schabir Shaikh, his former financial adviser, was found guilty and jailed in 2005 for trying to solicit bribes for Zuma from a French arms company.

The 16 counts were filed against Zuma but then dropped by the NPA shortly before he successfully ran for president in 2009..