Home News Man Finds Police Using His Lost Car 2 Years After It Was... 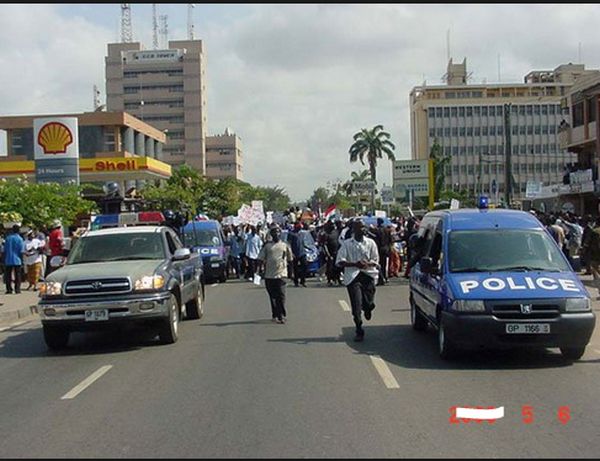 A thirty-two-year-old banker who was nearly killed by car snatchers found a police officer using the car he lost to the robbers two years later.

Samuel Forson was attacked by four armed men who took his car which contained a laptop computer and other personal belongings in December 2015.

For two years, nothing was heard about the criminals or his car until he personally saw the vehicle in Tema one Friday afternoon.

But Samuel’s story after that afternoon is another harrowing tale with the police.

Samuel tells Joy News investigative journalist, Manasseh Azure, that on December 4, 2015, he stopped at the Titanic Beach, located between Tema and Sakumono in Ghana around 8 pm because his engine had developed a heating problem, but as he waited for it to cool, four armed men pounced on him.

Samuel was ordered to get out his vehicle by the robbers who were dressed like police officers.

“They looked into the car and then I was asked to come down and open the boot. As soon as I got down from the car, they hit me, I fell and they started pushing me…suddenly I heard one of them saying don’t kill him, don’t kill him. Then after they pushed me into the sea. How I came out is only a miracle,” Samuel recounts.

Samuel was rushed to Inkoom Hospital when he got out of the cold waters and was later referred to the 37 Military Hospital.

He spent two weeks in the hospital and another three months at home before he resumed work.

His attackers were not arrested and his car and other belongings were not found until January this year.

“I saw the car being driven by two gentlemen. I jumped into a taxi and I told the guy [taxi driver] to follow the car because it was a stolen car. So we followed them to Community 8. There was a drinking bar and they went to park there,’ Samuel says.

He then went to a police visibility point close by and reported the matter.

“So the Commander dispatched a team to follow me to effect the arrest. When we got there the occupants of the car told me they were police officers,” he said.

With the help of Detective Chief Inspector Nana Boahen of the Sakumono police, Samuel Forson was able to retrieve his car from the police.

According to him, one Sergeant Philip Amoako of Tema Community 8 Police, who was found driving the car started harassing him to refund the money he had spent to repair and maintain the car.

He eventually petitioned the Police Intelligence and Professional Standards Department (PIPS) in February this year over the matter.

Joy News has been given details of the report from PIPS which says Sergeant Amoako had the blessing of his superiors to use the car to convey suspects between Community One and Community 8 police stations.

PIPS also found that Sergeant Philip Amoako only demanded to remove his car tape from the vehicle and did not pursue Samuel Forson for any money spent in maintaining the car.

The PIPS report concluded that Samuel Forson could not provide any evidence to substantiate his claim that the police officer pursued him for any money spent on repairs.