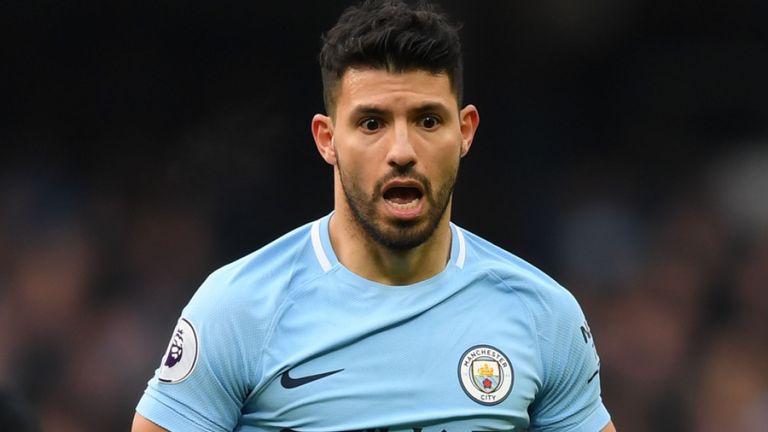 Sergio Aguero will struggle to recover from knee surgery in time for the World Cup, according to Argentina Football Association doctor Homero D’Agostino.

Manchester City striker Aguero underwent an arthroscopy after aggravating a knee problem during their derby defeat to rivals Manchester United, Pep Guardiola citing a challenge from Ashley Young that went unpunished by referee Martin Atkinson for the injury.

The striker was included in the PFA Premier League Team of the Year on Wednesday after scoring 30 times in all competitions for newly crowned champions City.

But D’Agostino doubts whether the 29-year-old will be fully fit for the World Cup, with Argentina opening their campaign in Russia on June 16 against Iceland.

READ ALSO
BBNAIJA:My Body Is My weapon- BamBam as she shows Off Her Gorgeous Skin in New Photo.

“That a player has undergone an arthroscopy with 60 days to go before the World Cup is worrying,” D’Agostino told Radio 10.

“The important thing is to know what he had. The doctors would have tried to resolve the issue in a conservative manner, non-surgically, but they were unsuccessful. The arthroscopy is a process that you do when there are old injuries.”

Should Jorge Sampaoli be unable to rely on Aguero for the World Cup, the Argentina coach could turn to Inter captain Mauro Icardi or Juventus striker Paulo Dybala, both of whom were left out of his most recent squad.

Former City forward Carlos Tevez, back playing for boyhood club Boca Juniors in Argentina, has also indicated he retains hope of being called up the World Cup.

Johnson Olumide - February 18, 2020 0
The 66-year-old reality Star,whom transformed from a  man to woman over a couple of years now as landed on the cover of Sport Illustrated...

Johnson Olumide - October 9, 2021 0
Winner of season 2 of Big Brother Naija reality show, Efe Ejeba is otherwise known as Efe Money has responded to talks about how...

Johnson Olumide - March 21, 2020 0
Director Spike Lee won his first Oscar ever for best adapted screenplay for his film "BlacKkKlansman." Lee, who has been nominated five times, took the...

Johnson Olumide - February 18, 2020 0
Marital Sex is not a sin! Never Permit Your Husband To Sleep Around; He's Only Permitted To Sleep Around You! Never allow his secretary to take...