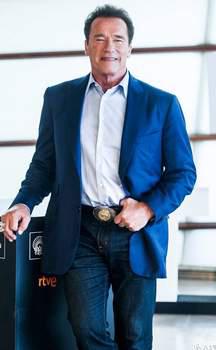 One week after Arnold Schwarzenegger underwent emergency open-heart surgery, the actor and politician is back home.

His spokesperson Daniel Ketchell confirmed the news on Twitter Friday afternoon: “Update: Arnold Schwarzenegger is headed home!” he initially shared before posting a final update. “He was released just before I sent that update and he is currently recovering at home in fantastic spirits.”

Last month, the 70-year-old Terminator actor and former California governor underwent the surgery at a LA hospital. The planned procedure was done to replace a pulmonic valve that was originally replaced due to a congenital heart defect in 1997.

According to his rep, Arnold’s first words after the procedure was “I’m back.”

“It’s true: I’m back! I went to sleep expecting to wake up with a small incision and woke up with a big one—but guess what? I woke up, and that’s something to be thankful for,” Arnold later shared on Twitter. “Thank you to the doctors & nurses. And I’m truly filled with gratitude for all of the kind messages.”