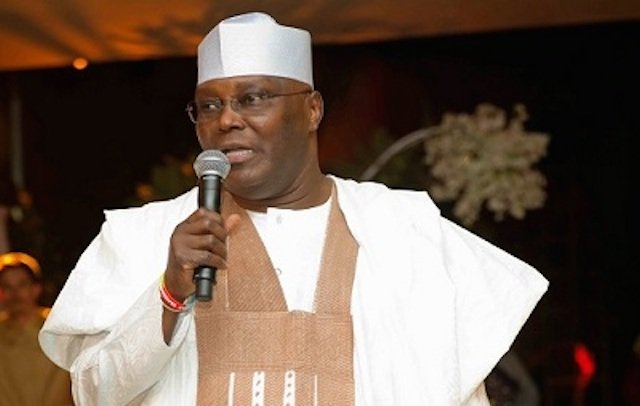 Former Vice President Atiku Abubakar has condemned the invasion of the Senate chamber by hoodlums and the carting away of the Mace – the symbol of authority of the upper chamber.

Reacting to the incident in Abuja on Wednesday, Atiku described the attack as a dangerous precedent and an assault on Nigeria’s democracy by anti-democratic elements.

“I am utterly embarrassed, shocked and outraged by this ugly development because it is not only a threat to a major democratic institution, but also represents a grave danger to the survival of our democracy.”

He said that given the tension in the country, the timing of the attack could not have come at a worse time for Nigeria, and that using illegal and unconstitutional methods to threaten the authority of a key democratic institution is unacceptable, evil, and condemnable.

The former Vice President noted that it is inconceivable that hoodlums could force their way into the Senate chamber and take away the Mace.

“If criminals could commit such security breach with impunity, it means that our entire democracy is in danger”, Atiku added.

He reminded Nigerians that so many people have died in order to bring this democracy about and therefore called for immediate investigation into the incident and the prompt prosecution of those involved.

“It is unacceptable and reprehensible to subject the National Assembly to this intimidation and humiliation. This attack by thugs should not go unpunished no matter who is involved”, he added.

Atiku while likening democratic institutions to the human body said “if one organ is harmed, it affects others.”

He urged those pushing the country’s political temperature to dangerous levels to desist from it as they are playing a Russian roulette with Nigeria’s hard-earned democracy.

He however called for unity, calm and an end to the culture of political disunity that is tearing our dear country apart.