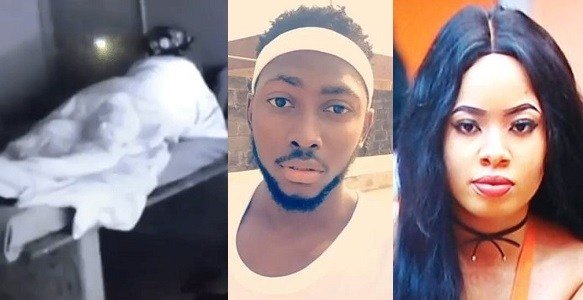 Big brother Naija 2018 winner, Miracle has admitted that he and BBNaija finalist, Nina, had sex while they were in the house.

He made this known in an interview with Delphinator during which he revealed that he never went into the competition with any strategy.

When the reality tv star was asked if he had sex with Nina during the show, he said “Yeah, we were intimate”

Concerning the strategy he went into the house with and whether sex was the strategy, he said

“All these strategy thing, I didn’t go in with any strategy, I was Just being myself, whatever I did inside, I’d do outside. Sex is the last thing I’d use as a strategy. I am human, so I no even send those things“

With this confession from Miracle, one might as well expect Collins, Nina’s boyfriend before the show, to move on with his life as she appears to have moved on with hers. In an interview with Beat 99.9 FM, Nina made it known that she’s yet to contact Collins cos she doesn’t want any negative vibe from him and his family.