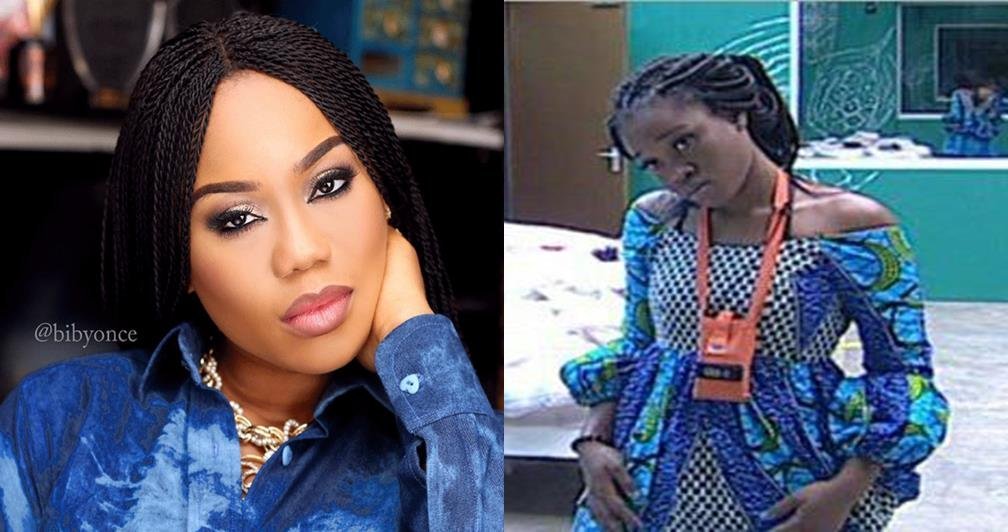 Nigerian celebrity stylist and Payporte creative director, Toyin Lawani has called out Cee-c after she used a scissor to cut, a cloth meant to be her outfit for the Saturday Night Party.

She stated that the cloth wasn’t a fashion accessory and Cee-c was supposed to play her part as simple as ‘abc’.

She further called out Cee-C for disrespecting a whole tribe, and also not appreciating the effort of the Payporte team in making them look good on the show. She concluded by saying Cee-C will now get ugly clothes from her, or nothing at all.

Here’s what she wrote;

As the creative Director Of @payporte Everyone expected Cee C’s dress to Be designed by me Via @elegantebytiannah styling as usual,well to everyone tagging that I made the dress and I should feel insulted she cut it,payporte gives other designers the chance to grow and get known,so we do a mix everytime or payporte themselves come up with the looks a times. Unfortunately I didn’t design that dress,so you can stop the endlessly tagging and secondly I don’t care what the dress looks like,we go with the theme of the party every week to come up with looks for the house mates,you are to wear what you are given, she’s extremely wrong for ripping the teams hardwork apart and disrespecting that tribe like that,she doesn’t even look the part at al ,the dress is not meant to be a fashion accessory,it’s a role which she’s meant to play the part,simple as abc.

It’s a cultural dress for christ sake,she even went ahead saying is “someone that sat down to sew this dress?” wow,someone’s father and mother didn’t sleep at night cause of that dress,does she know the sleepless nights the team @payporte goes through daily,you people just watch the show and enjoy,you don’t know half the stress the team goes through just to make them look the part for the show,then to send it all the way to South Africa again,it’s not even about ripping the dress,it’s her mannerism, The red transformer dress @elegantebytiannah styling sent her previously was selling for 500k at Tiannahsplacempire,we slashed the price down to 115k on payporte platform so more people can buy the dress cheaper,she still didn’t appreciate it and since the beginning of #bbnaija that’s bn her best look so far,she didn’t even Transform the lower part and rock it as an after party dress,like khloe did,so to me I just think it’s her way,she’s just naturally nasty,others Got difficult outfits but they didn’t rip it apart,Alex had issues tying her Gele but she still wore it ,we could have sent her auto Gele but it’s A game don’t forget ,things are not meant to be easy,she Really owes payporte An apology for that mess up she did and from now on i will be sending her only ugly clothes ????? or none atall.
#kingofAllQueens ?

READ ALSO
#BBNaija: Erica wanted to talk about the Kiss, I shutdown the Conversation - Laycon to Neo and Vee (Video)

Johnson Olumide - December 20, 2019 0
The KUWTK reality tv star today took to her instagram page and posted this sexy picture of her showing of her butt in away...

How Uganda brought me closer to Tems – Omah Lay opens up in new...

Violette - January 19, 2021 0
Fast-rising Nigerian singer and songwriter Omah Lay has opened up on the relationship between him and Tems as well as how their Uganda experience...

Violette - July 1, 2020 0
Fatherhood can bring a sense of fulfilment and Drake has proved this. The Canadian rapper and singer who is vast in singing melodious songs. Put to...