Home Entertainment BBNaija #BBNaija: Iyanya, Bisola To Work With Evicted Housemate, Teddy A On A...

Nigerian singer and Temple Records act, Iyanya and Bisola seems to have been waiting for Big Brother Naija housemate, Teddy A, to leave the house, as they took to Twitter to disclose that they will want to work with him on a new song. 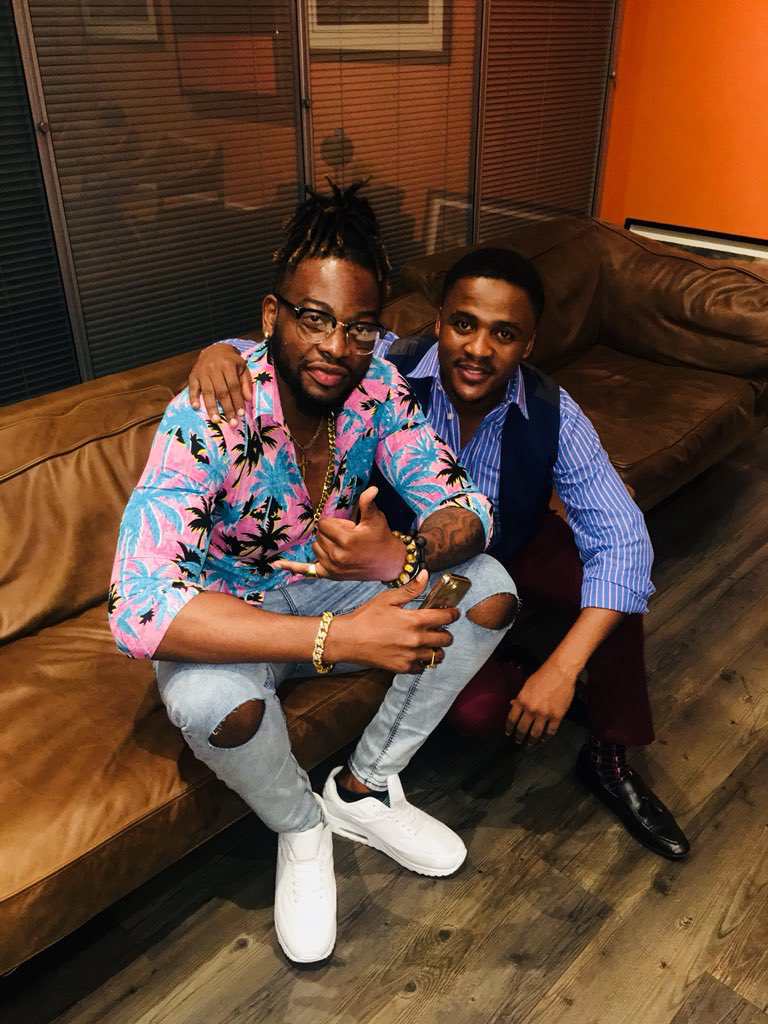 6 Things Men Secretly Love About The Women In Their Lives

Iyanya who first tweeted about the song feature, wrote;

Yooooo @iamteddya#Biko hit me up once you get into Gidi.

Ace music producer, Mystro also tweeted in support of new song and here’s what he wrote; 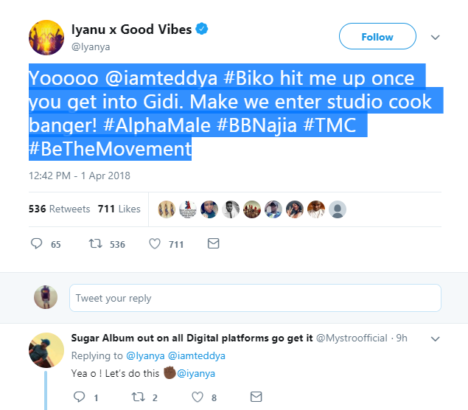 First runner-up of the 2017 edition of Big Brother Naija, Bisola, who reacted to the tweet, begged to work on the new song with Iyanya and Bisola. Here’s what she wrote below;

#BBNaija: Watch moment Khloe said ‘I will never go back even if Biggie ask me to’

Bruv @Iyanya, I need to be that studio with you and @iamteddya. Let’s do this! #BBNaija#AlphaMale#TMC#BeTheMovement