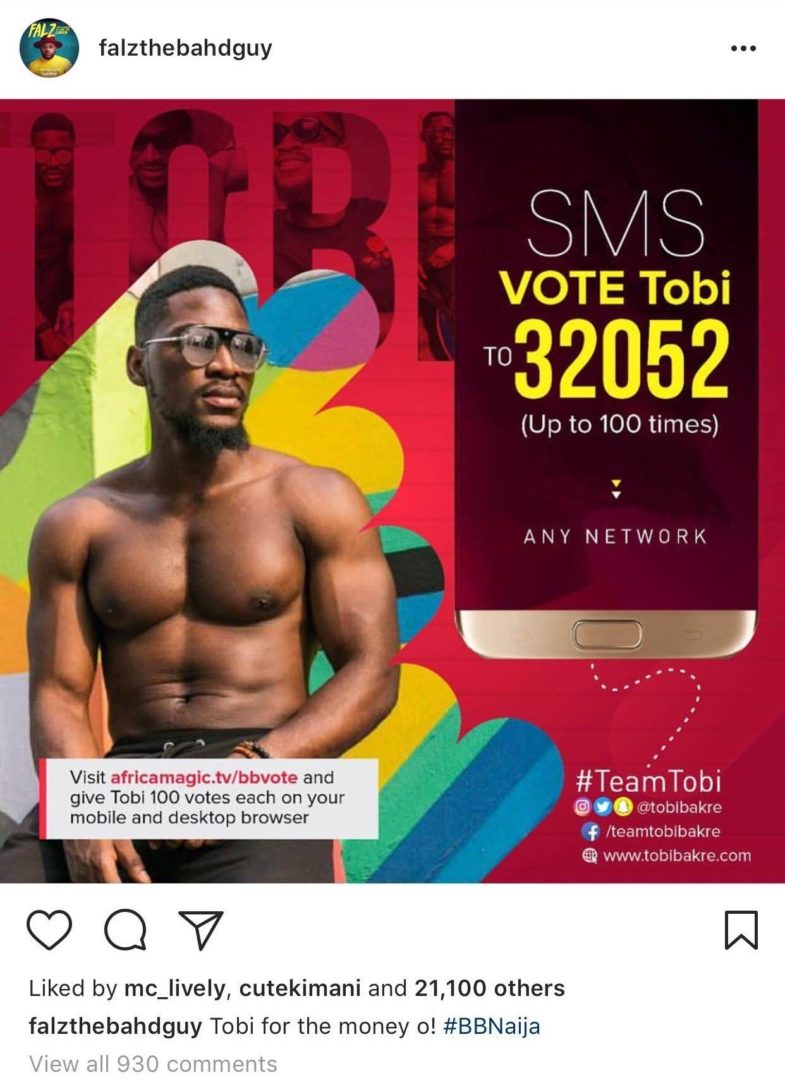 Celebrities who want Tobi to win

So as the Big Brother Naija: Double Wahala reality TV show prepares to meet its end, serious voting for housemates to win have begun in earnest.

Viewers of the show have taken to social media to campaign

for their favourite housemates in high hopes that they emerge winner of the third edition of the reality TV game show.

In light of this, celebrities who are die-hard followers of the show have also begun rooting for their favourite housemate as they’ve taken to social media to show who their hearts are with.

Some celebrities peculiarly, are rooting for gentleman, Tobi Bakre – the quite macho guy who’s really made a mark in the Big Brother house, all thanks to his charismatic and debonair figure.

Tobi prides himself in being a down to earth guy, who’s always stayed true to his character – little wonder why most celebrities are taking his side and see him as the right guy for the win.

Other celebrities who have taken to social media to air their support are, DJ Jimmy Jatt, Femi Adebayo Salami, Paddy Adenuga, Toke Makinwa, Lizzy Anjorin among many others.

Nina’s family react to her dramatic romance with Miracle

To Vote for Tobi,

Visit africamagic.tv/bbvote and give Tobi 100 each on your mobile and desktop browser.

#BBNaija2018: “Tobi Is Not A Lazy Nigerian Youth” – Check Out Tobi’s 5 Professions (Photos)