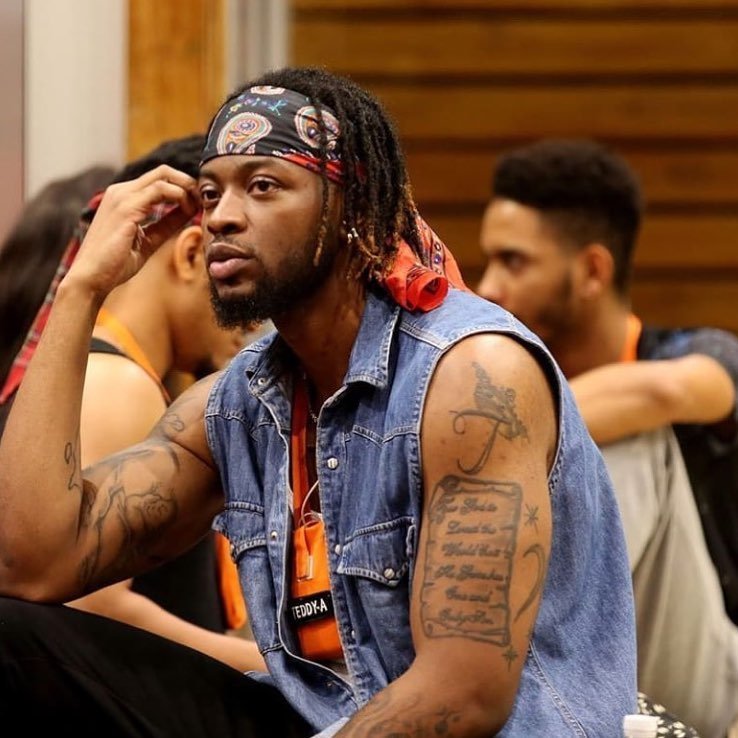 The Big Brother Housemates Cee-C, Teddy A and Nina were put up for eviction.

Teddy A got evicted!
The three Housemates up for eviction were apprehensive, as they held their breath.
Big Brother did not waste much time as he announced Teddy A’s eviction.
“You have 10 seconds to leave the House,” Biggie told the latest evictee.
Meanwhile, Korede Bello entertained the remaining Housemates, as if to take their minds off the latest shock that Teddy A’s eviction generated among the remaining Housemates.
Teddy A was officially the oldest housemate in the reality television show, and he was once caught on camera displaying the underwear of a fellow housemate, Nina.

READ ALSO
Senator Dino Melaye Dodges INEC officials, as he leaves plenary session
He had accused Nina of “always forgetting pants and bras.”
“You leave pants around,” he told his now ex-Housemate.
READ ALSO
Yemi Alade Hustler ft. Youssoupha
The eviction was another rude shock Teddy A has suffered in less than 48 hours, as his strategic partner and lover, Bambam, was evicted on Saturday night after the House party.
Teddy A and Bambam moved from being strategic partners to becoming romantic partners in the House; and he could not hide his emotion when Bambam was evicted.

READ ALSO
Judge handling Melaye’s assassination suit dies during watch night service
He told other housemates, Alex and Khloe, who came around to condole with him, “I can’t believe people love Cee-C more than they do Bambam.
“It’s sudden. She had not even packed her bag. Although she has been cold somehow.”
During his interview after his eviction, he waxed philosophical, saying he was not worried and that life continues.
He noted that despite everything, he was conscious of himself and that he respected himself from the outset.
His erstwhile Housemates also expressed shock at his eviction.