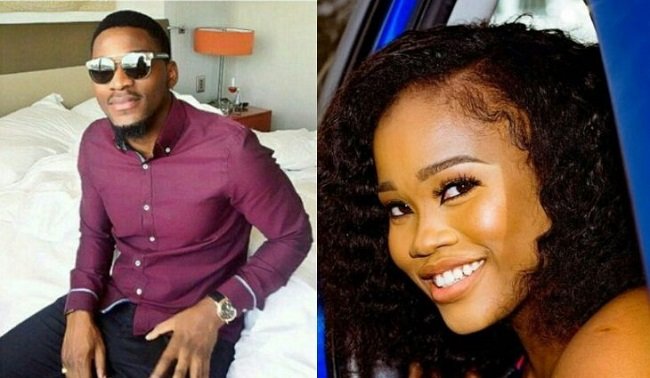 Many celebrities in Nigeria have come out to react to Cee-c’s verbal abuse on Tobi in the Big Brother house.

Media personalities, Toke Makinwa, Toolz Oniru-Demuren, Kemi Adebita, DJ xclusive and Laura Ikeji have all penned down their opinion publicly about the incident.

I just watched the most bizarre live recording of #BBNaija. I’m still dumbfounded. One person going on a non stop tirade on another. Surely this must be some sort of abuse. Biggie is quietly nursing a pressure pot and anything that results out of its explosion will be his fault.

Another expression came from the popular female

READ ALSO
BBNAIJA:Check out Khloe As She Looks Gorgeous For BamTeddy Wedding In New Photo

Maybe sex will soften the tension between those two ???

While the popular female presenter, Toolz also aired her own concern from Cee-c’s attitude by saying:

Isn’t it against #BBNaija rules to verbally abuse another housemate?

DJ Xclusive has been one of the few celebrities that visited the Big Brother Naija house as a guest and to entertain the housemates in a night party.

He put up his own words via his social network profile and said:

Laura Ikeji on the other hand uploaded the video and captioned it: “Wow! this is bad, sad.

The BBNaija reality show is getting hotter day by day and the battle to take home the prize is becoming more competitive.

Cee-C was penalized and dethroned as Head of House for her action as it is against the rules of the show for a housemate to verbally abuse a fellow housemate which she just did.

Watch the moment Ebuka was evicted from #bbnaija 2006

What If We Manipulate #BBNaija Votes? Is It Your Fathers’ Show?” – Ebuka (IN MY HEAD)