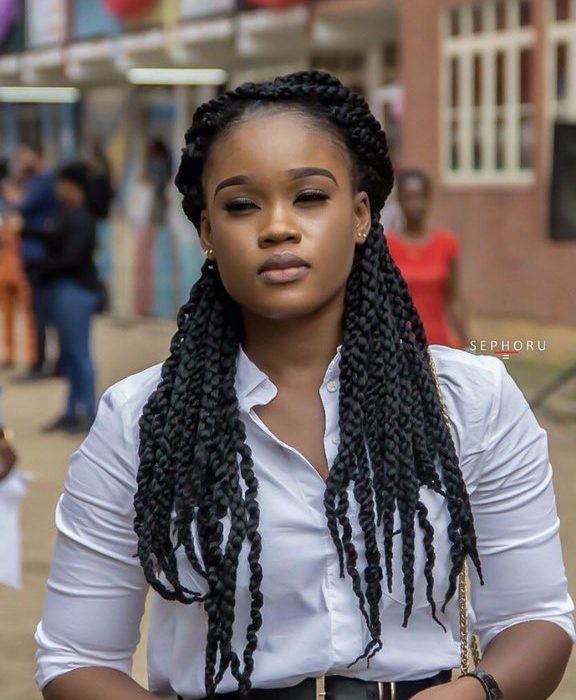 With just two weeks left for the end of the Big Brother Naija Show, the drama in the house is getting more intense on an hourly basis.
Unarguably the most talked about housemate, Cee-C has practically showed her displeasure in the food fight and promised not to eat any food prepared by other housemates in the house.
The drama ensued when Rico Swavey and Alex got into an argument over food.
Rico had accused Alex of wasting food and during the argument, Tobi said he was biased.
Cee-c then joined to support Rico and lashed out saying;

READ ALSO
How have the top six fared 11 games in?

“It’s going to get worse than this because me Cee-c I will not eat anybody’s food again in this house. I will make my food because we are animals, we behave like animals.
No problem after all it remains two weeks and afterwards all these will be over. In this house there is nothing new again, so it’s not worth anything.
People who are doing it know exactly what they are doing, so there is no point in correcting anybody”.

Johnson Olumide - February 17, 2020 0
The Billionaire CEO of Honest Company and a mother of Two went on a girl trip to Hawaii to cool off after some real...

Violette - July 1, 2020 0
Marlians president celebrates Marlians Day with a nice photo with a fellow Marlians. One of the pop singer in Nigeria, Naira Marley chose a date...

Violette - May 15, 2018 0
Nollywood Actress, Anita Joseph is one of the fast rising actors in Nigeria currently. The sexy actress in an interview with BroadwayTv revealed that one...

Johnson Olumide - February 17, 2020 0
The 34-year-old lawn tennis pro's notable legs were heavily Photoshopped to appear slimmer on the sporty mag's cover, that was unveiled Monday. 'I needed to...