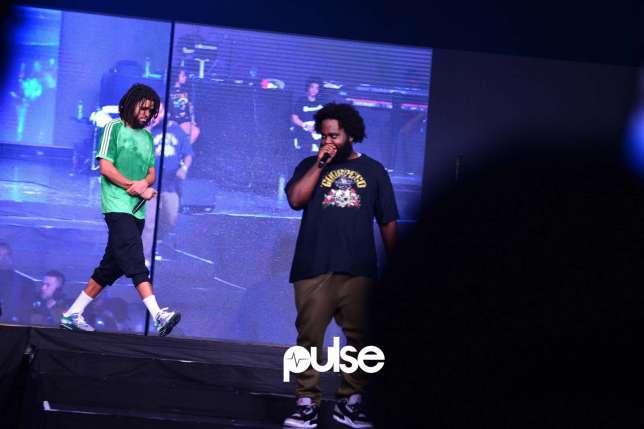 READ ALSO
Uche Agbai,City FM OAP Propose Toke Makinwa On Instagram,Outlining Traits He sees in her That makes Makinwa Good for Him.

The much anticipated event which took place at the Eko Hotels and Suites attracted quite a large turnout of young, fun loving Nigerians who came out in their numbers to catch a glimpse of the American superstar.

J Cole, who recently dropped his fifth studio album, KOD, has a large following in Nigeria with fans who have been following the progress of his career since his debut studio album, Cole World.

This was the rappers first appearance in Nigeria and it could not have come at a better time, less than two weeks after the release of his album, which has broken several chart records since its release.

The show which was hosted by the duo of Nigeria’s D.O.T.U.N and South Africa’s Pearl Thusi opened with performances from several Nigerian deejays and artistes taking turns to thrill the audience.

Themed in a 10 minute ‘versus’ mode, it brought out top performances from the likes of M.I and Ycee, Falz and Tiwa Savage. 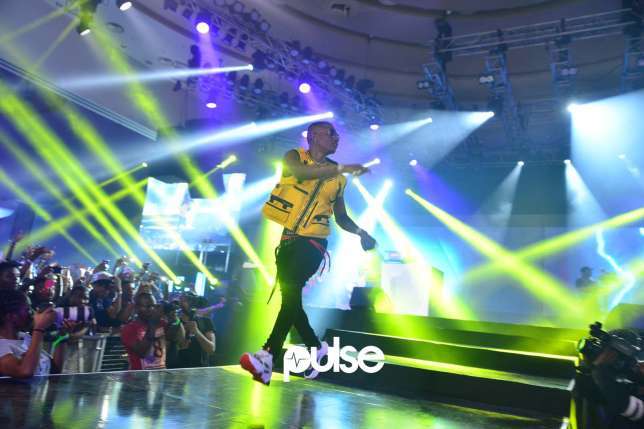 For Wizkid, it was a night to forget as coupled with technical issues, his low energy and lack of cohesion made his performance look unplanned and disjointed.

Davido was however impressive with his set, from the selection of songs, bringing members of his crew on stage and his grand entrance, will leave a lasting memory in the mind of the fans.