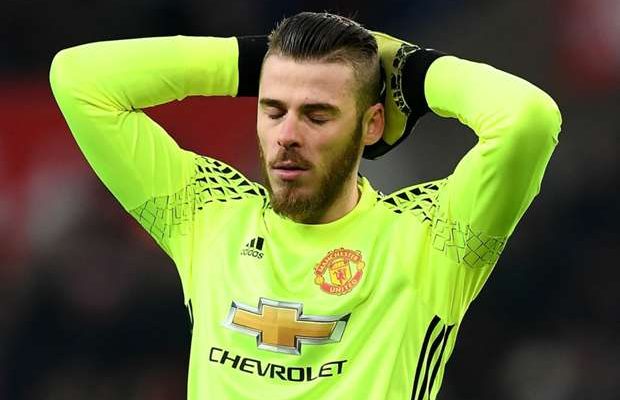 Jose Mourinho says there is “no chance” David de Gea will leave Manchester United this summer.

De Gea believes this season, his seventh at United, has been his best campaign at Old Trafford, and The Sun have reported the goalkeeper is set to be offered a new five-year contract by the club.

Real Madrid previously chased De Gea but are believed to have turned their attention to Chelsea’s Thibaut Courtois.

Sanchez scored in United’s FA Cup semi-final victory over Tottenham last weekend, but Mourinho said he never had any doubt over the transfer.

“He was playing in the Premier League for years,” said Mourinho. “We all know how good he was, that’s why he was chased by many teams I believe.

“That’s why we fought to have him here and I was sure he was the right player not just by his typical playing qualities but by his mentality.

“We needed that, a bit more experience, mental aggressiveness. It was now or never so it was now.”

Johnson Olumide - July 11, 2019 0
The American Music Singer had turned up her looks a little and she really looked blak-sh and super hot as she rocks her blue...

Johnson Olumide - November 19, 2018 0
American rapper, Azealia Banks, who in her Insta-story post claimed that Kanye Westspilled ‘some tea’ to her, has further called him ‘dumb’ for lying against her. According...

‘I Have Not Made Half Of The Money I Hope To Acquire’ – Actress...

Johnson Olumide - March 21, 2020 0
Nollywood actress, Regina Daniels shocked many by announcing she had gifted her mum a new house just one month after acquiring a Mercedes-Benz ML350. The...

Johnson Olumide - March 21, 2020 0
The Yoruba actress whom has been involved in so many controversies surrounding her source of wealth and also coming in for criticism over so...

Johnson Olumide - April 23, 2019 0
Nollywood Actress & Stripper, Cossy Orjiakor is currently boiling in anger, with the way her fellow strippers were abused and arrested at a popular...