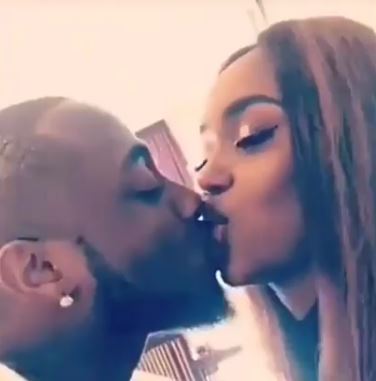 Nigerian singer, Davido & girlfriend, Chioma are giving their fans something to talk about after this video of them ‘licking’ each other, surfaced online.

The lovebirds who are certainly having the time of their lives currently publicly display affection for each other as they put their tongues to use while kissing.

Davido earlier released a new track – assurance – for his baby girl, Chef Chioma, a track which he dubs as the “biggest song in Nigeria”.

The singer had professed his love for Chioma during her birthday party last night where he said boldly, with Chioma by his side “I’m in love”.

People have been of the notion that Chioma found Davido’s heart through her food and has locked the singer down with this dexterity of hers… you know how they say “the way to a man’s heart is through his stomach”.

Watch the video of the duo ‘licking’ each other below:-