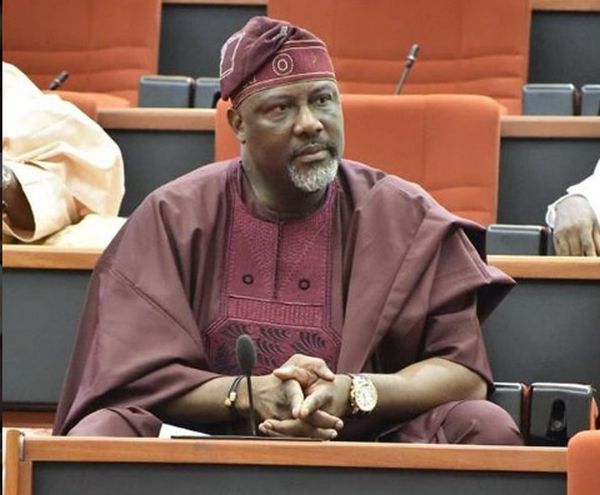 A heavy clash occurred at the Chief Magistrate court, Mpape, Abuja earlier today between some lawyers and police officers over the detention of two lawyers and relatives of Senator Dino Melaye.

PoliticsNGR gathered that David Amaefula and Pius Udo-Inyang, who are of the law firm of Messrs Rickey Tarfa & Co. Abuja Office, were on Tuesday, April 24 and 25 arrested by men of the Special Anti-Robbery Squad (SARS) office Guzape after they were dispatched to the Zankli Medical Centre, Mabushi, Abuja to secure justice for Senator Melaye, who was being admitted there.

Two other persons including a cousin to Melaye and his friend were also arrested during the raid. Magistrate Zubairu on Monday granted the defendants bail in the sum of N200,000 and one surety each in like sum, adding that the sureties must be resident in the FCT.

All hell broke loose when over 50 armed policemen deployed in the court attempted to seize placards from protesting lawyers. The over 100 lawyers in the court premises resisted the move.

The police officers then encircled the lawyers and demanded that they leave the court premises. This attracted stiff opposition from the lawyers.

Watch the footage below:-

My “Honey Pot” Is So Sweet, Men Never Want To Leave Me Alone When...

Johnson Olumide - September 16, 2018 0
Gone are the days when women were shy to even admit they have ever seen anything resembling a phallus. Times have changed indeed and...

#BBNaija; “I’ve been celibate for 7 months” – Saskay opens up on her sexual...

Adedokun Moses - July 30, 2021 0
BBNaija season six housemate Tsakute Jonah popularly known as Saskay revealed that she has been celibate for the past seven months as she opens...

Johnson Olumide - July 16, 2019 0
She is one of Nollywood finest and Pretiest actress with lots of natural beauty and among those endoment of been natural is her lenghy...

Violette - July 10, 2019 0
Tennis star, Serena Williams is the most recent genius to arrive on the front of Harper's Bazaar Magazine. During the gold-themed shoot, the 37-year-old...

Eddie Andy - June 8, 2019 0
Nigerian music sensation, Dammy Krane kicks off June with the same momentum since the start of the year by releasing this new song, titled...