Home News Drug Abuse: When Last Did You Check Your Children’s Bags? – NAFDAC 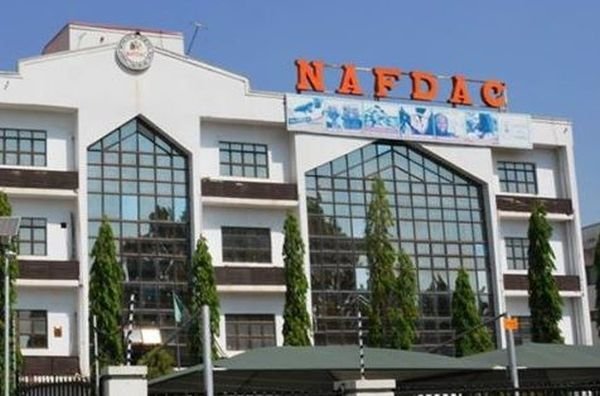 The National Drug Law Enforcement Agency (NDLEA) on Wednesday called on parents and communities to step up monitoring of youths against drug abuse.

The agency said in Lagos that most youths who abused drugs would deny doing so. The NDLEA Assistant Director, Drug Abuse Preventive Education (DAPE), Mrs Stella Ngwoke, made the assertion in Surulere during a community awareness campaign on drug abuse and misuse.
The campaign was organised by the West African Postgraduate College of Pharmacists. Ngwoke spoke on “The Role of NDLEA in Combating Drug Abuse in the Country’’.
She described illicit drugs as any substances that could transformed the central nervous system and affect the person’s behaviour or thought.
Parents need to face the challenges their children are experiencing as regards drug abuse by checking their activities.

READ ALSO
Men and Women are not Equal – Tiwa Savage
“Denial of drug abuse by their children is a problem that must also be faced by parents if they want this menace to be eradicated easily.
“Parents should not be too tired to listen and pay attention to their needs because once they lose faith in you, they can never confide in you,’’ the official said.
Ngwoke said that drug abuse posed a serious problem for the victim, the family an the entire society. According to her, a person that abuses drugs should not be taken as a criminal but s sick person.
She said that drug abuse brought misery to the family, adding that the victim would be more predisposed to contacting the Human Immunodeficiency Virus and some other illnesses.

READ ALSO
Sharon Ooja stuns in a polker dot two piece as she bares her beautiful legs,
The NDLEA official added that drug abuse could lead to crime. “The NDLEA, in combating drug abuse, has introduced two strategies: the supply reduction – which has to do with reducing drugs in the society, and the demand reduction.”
Ngwoke said that the agency was collaborating with the Federal Ministry of Education to infuse drug education in the curriculum of secondary schools.

M John Bamikole, Principal Officer, Narcotics Substance Directorate, National Agency for Food and Drug Administration and Control (NAFDAC), also tasked parents to properly monitor their children’s activities.
“When last did you go to your children’s room to check the content of their bags?’’ `Farm parties exist where people put things in the vent of their air conditioners, which spread drugs that affect people,” he said.
Bamikole urged youths at the event to go to streets and other places where smokers and drug abusers usually lurked to educate them on the consequences of their actions.
“There is need for people to wake up to their responsibilities and be their brothers’ keepers so that the menace will be eradicated completely,’’ he said.
The NAFDAC official listed weight gain or loss, constant deep sleep, deteriorating physical appearance, unusual smell and impaired coordination as some signs of drug abuse.
The Chairman, Obele Odan Community Development Area in Surulere, Mr Yusuf Osagie, called for proper enforcement of the law against illicit drugs peddling.
“Drug abuse is not desirable in any society, and should be discouraged; it can lead to fragmentation in the family, and also death.
“Parents should pay attention to what their children are doing and know the kind of friends they keep,’’ Osagie advised.