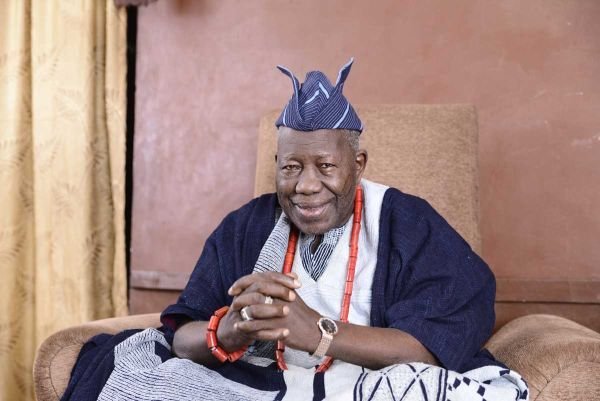 The Otun Olubadan of Ibadanland, Oba Lekan Balogun, has pleaded with the kidnappers of his twin children to release them.
He made the plea while speaking with the News Agency of Nigeria (NAN) on Saturday, April 14, 2018, in Ibadan.
He appealed to the kidnappers to bear with him as he does not have the money being requested.
The kidnappers initially demanded N100 million ransom and later reduced it to N40 million.
Oba Balogun said he was able to offer them N5 million which was rejected.
“The kidnappers should please bear with me and return my kids, I am ready to do anything that will make them happy.
“I don’t want to endanger the life of my kids and I am not out to fight them because there is no reason for that,’’ Balogun said.
Gunmen on Thursday kidnapped the five-year-old twins of Balogun from his Akobo residence in Ibadan.
The mother of the kids was said to have been hospitalised since she received the news of the kidnap with doctors battling to save her life.
The Oyo Police Public Relations Officer, Mr Adekunle Ajisebutu, said the Oyo State Police Command was doing everything possible to rescue the kidnapped children unhurt and arrest the culprits.
“The Commissioner of Police, Abiodun Odude, has consequently directed the command’s anti-kidnapping squad and other special outfits to organise a manhunt for the suspects and rescue the victims safely.
“We assure the parents and the public that we will succeed in this task,“ Ajisebutu said.

#BBNAIJA: This is Just The Beginning!! – Ike As He Signs Endorsement Deal With...

Adedokun Moses - November 10, 2019 0
Reality Star, Ike is currently on cloud nine as he announce the signing of massive deal with Hypeandsteam. Ike took to his Instagram Page to...

5 Reasons Why You Should Invest In Bitcoin Today – No 3 Will Shock...

Johnson Olumide - November 6, 2018 0
THE CRYPTOCURRENCY MARKET HAS BEEN GROWING AT AN EXPONENTIAL RATE WITH AN INFLUX OF CAPITAL, DRIVEN BY YOUNG SAVVY INVESTORS. THIS IS MUCH MORE THAN...

Johnson Olumide - December 14, 2018 0
Belinda Effah who is an actress and presenter is today celebrating her 29th birthday. The Cross River State actress who won the Most Promising Act...

Johnson Olumide - March 21, 2020 0
Davido has become the first African Artist to be included on Apple Music's Global Pop playlist with Fall. No doubt the artiste with the biggest...

Johnson Olumide - February 18, 2020 0
The Russian Gf of John Mikel Obi took to Instagram to celebrate her long time Partner as the Nigerian U-23 Team Defeated Honduras  3-2...