Home News I Never Promised To Use Only One Term – Buhari 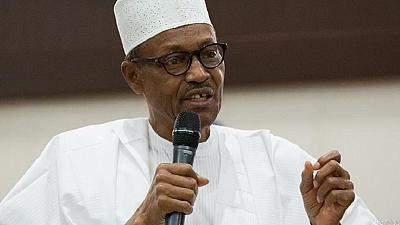 A presidential aide has claimed that President Muhammadu Buhari was misquoted when he said in 2011 that he will not run for a second term.

President Muhammadu Buhari’s spokesman, Femi Adesina, has described as a ‘misquote,’ a report that his boss had pledged to serve for only one term. Adesina said this while speaking with Channels Television via Skype, from London, yesterday,
President Buhari, 75, had on Monday shortly before he left for London, declared his intention to run for presidential election in 2019.

READ ALSO
'Let the perpetrator face the law' - Toke Makinwa reacts to Busola Dakolo's explosive interview as she calls for Justice
Mr Adesina clarified that the President was misquoted when he said he will not run for a second term because of his age. He added that concerning the President’s statement in 2011 when he said he will do just one term, it is no longer ‘applicable.’
“No, that’s a misquote, he was never, never quoted that way.
“If there is anything on record like that, it is a misquote because I was with him in South Africa when that issue came when he said, oh, he wished he had become president at the time he was a military governor; that he would have done a lot for Nigeria.
READ ALSO
Prophet Reveals Nigeria's Next President
“And the other happened in 2011. When he was running in 2011 he said, yes he would be a president for one term. But did he win in that year? No.
“The victory came in 2015. So, that being quoted in 2011 is not applicable again because he did not win that year.’’ Adesina said.
On the purported vote of no confidence allegedly passed on the president by the Northern Elders Forum and the Council for Shariah, Adesina said the two groups have the constitutional right to support anybody vying for political office in the country.
He cited an example of a former president of the country who equally failed to secure the votes in his state and region but ended up winning the presidential election twice.
Asked whether Buhari obtained the support of his doctors before the Monday declaration, Adesina replied that the president is a responsible man who would never go against the advice of his medical personnel.
“If there had been any warning, any red light from his doctor, you know, he wouldn’t have ventured into it, unless you are telling me there is something you know that I don’t know.

“But, I know the president; as a very, very responsible man. If there was any warning, he wouldn’t do it.’’
Adesina disclosed that the president took him and other aides unawares when he announced his intention to run for another term in 2019.
He added the president’s declaration was in reaction to appeals by millions of Nigerians.
“Yes, there had been a lot of appeals. I have served in different meetings, with different interest groups and all of them wanted him to run for second term in office.
“And, do you know that whenever the president reacted to these groups, he would speak on all other points they raised except the issue of second term. It has been like this in the past one year even before he went for medical vacation…”