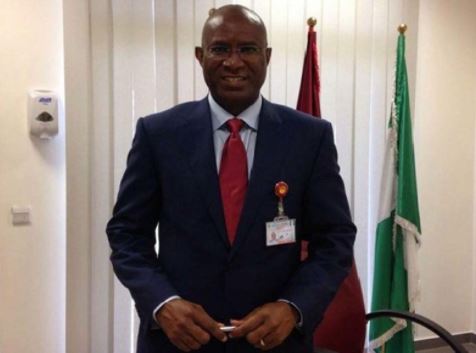 Contrary to reports that Senator Ovie Omo-Agege was arrested after allegedly leading thugs into the Senate chambers to snatch the mace, the Police said the lawmaker was merely escorted out of the National Assembly complex.

The Federal Capital Territory Commissioner of Police, Sadiq Bello; and some other police officers had taken Omo-Agege out of the NASS complex inside a black Toyota Hilux pick-up following the melee that ensued after the theft of the mace on Wednesday.

The embattled senator later came back to attend the Senate plenary few minutes after he was escorted out of the NASS premises.

A senior police officer confirmed that Omo-Agege was not arrested, adding that he was simply taken away from the NASS premises for security reasons.

“Was he (Omo-Agege) arrested? He was only taken out of the premises for security reasons, he wasn’t arrested or detained,” the senior officer stated.

When asked if the Police would investigate the lawmaker as directed by the Senate leadership, the source declined comment and referred all inquiries to the FCT Police spokesman, Anjuguri Manzah.

Manzah did not, however, respond to phone calls. He had yet to reply an SMS as of the time of filing this report.

The CP also refused to comment when asked if the Police Command would investigate the senator for allegedly leading thugs to forcefully take the symbol of authority of the Senate.

“I dont know anything; please ask the PPRO,” Bello said on the phone and hung up.

Johnson Olumide - February 17, 2020 0
The 19-year-old Kardashain who lives in $2 million Dollars mansion shares this new sexy Photo of her in a golden Yellow Bikini. (adsbygoogle = window.adsbygoogle...

Violette - October 27, 2021 0
Big Brother Naija season six housemate, Maria Chike has once again been defended by Kelvin's brother amidst claims that she's in a relationship with...

You are not a Christian but a slave, if you celebrate Xmas — OAP...

Violette - November 19, 2020 0
Popular media personality, Daddy Freeze have insisted that Christians who celebrate Xmas are nothing but slave as the festive periods approaches. December 25 have become...

Violette - July 1, 2020 0
The lovely and exciting Tacha fans who are popular called the Titans now start to buy unseen products. Is this not weird? No, it is...

Johnson Olumide - July 26, 2021 0
Burna Boy's ex Girlfriend Jo Pearl shows off major curves ahead of her Birthday, according to the curvacious Instagram influencer and Businesswoman, who revealed...