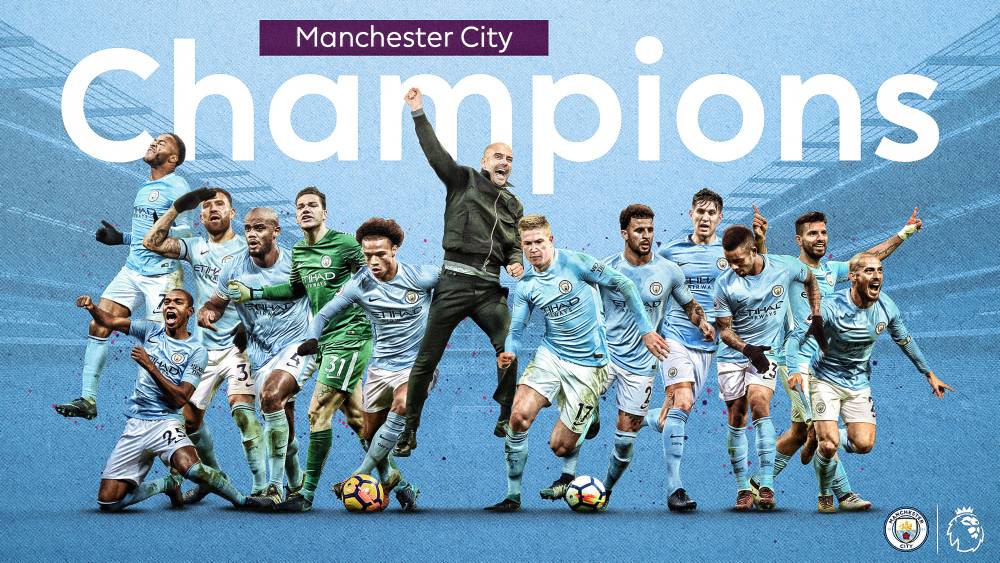 Manchester City lifted the title with five games to spare to equal an English record on Sunday.
City’s status as champions was confirmed thanks to Manchester United’s 1-0 defeat to West Bromwich Albion.
Having missed the chance to beat their rivals and lift the title last week at the Etihad Stadium, City were able to celebrate thanks to Jay Rodriguez’s solitary goal for the Baggies.
And while the outright record for the earliest Premier League finish slipped through their fingers, the club’s campaign still ranks among the most successful in the league’s history.
Only three teams have ever won the English top flight with five games to spare, with City entering that exclusive club in 2017-18.
Manchester United have managed the feat on two occasions, in the 1907-08 – in the previous First Division format – and 2000-01 campaigns.
Everton are also part of that exclusive club, having lifted the First Division back in 1984-85 with five games to spare.

Johnson Olumide - January 2, 2020 0
Singer, Harrysong has finally made peace with his former label mate, Kcee and boss, E-money. According to him he had to make peace because it...

Violette - January 15, 2021 0
Popular Nollywood actress Nkechi Blessing Sunday has taken to social media to attack fans who are celebrating the latest incident that happened to singer...

Johnson Olumide - May 20, 2018 0
The Royal Wedding was held yesterday in the UK and so many celebrities in Nigerian turned in to watch the world most adored rare...

Ifeoma Ngozichukwu - December 31, 2021 3
What a wonderful way to end the year as Popular skit maker, Isbae U acquires a luxurious mansion in Lagos. His friends took to their...