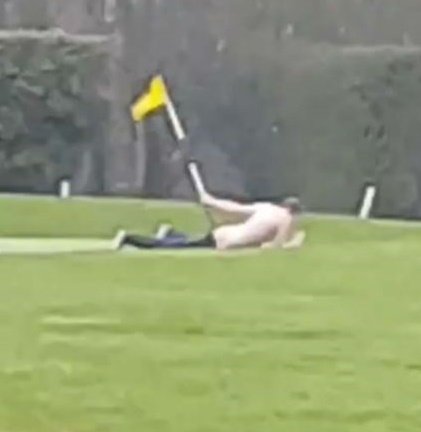 Wonders shall never cease to end. Shocked golfers spotted a yet to be identified man appearing to ‘have sex’ with the 9th hole of a course – while seemingly ‘pleasuring himself’ with the flag pole.

The weird scene was captured on video by the golfers who were enjoying a round on Easter Monday.
Steven Gayton spotted the man gyrating on the green at Brackenwood Golf Course in Bebington, Merseyside and uploaded the clip to social media.

READ ALSO
"To Love Is Scam, We Are All Scammers" - Toke Makinwa 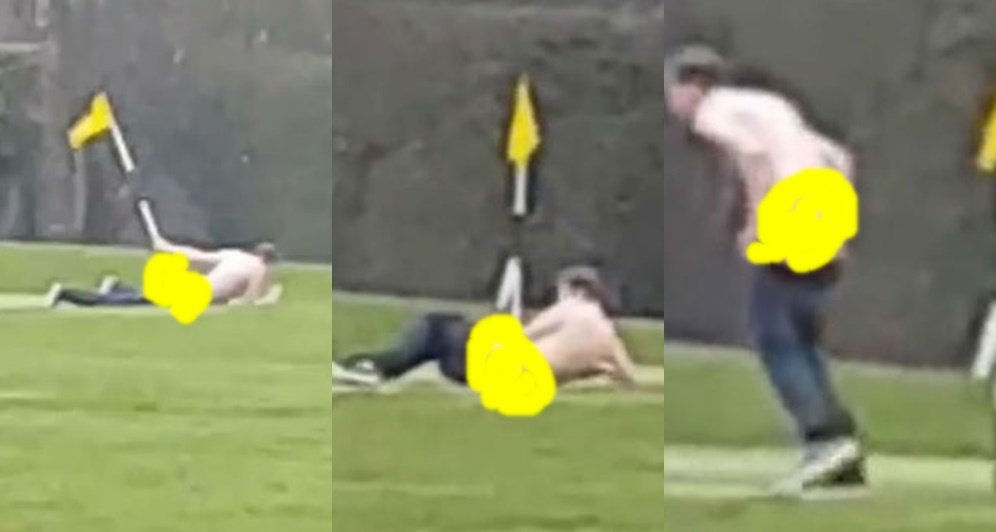 Footage shows the man lying facedown on the grass in the rain without a top on and his trousers around his knees.
He can also be seen holding a 6ft flag pole to his backside while filming himself. Speaking about the strange scene, Steven said: “He was on his own and it looked like he was doing it for a kick and filming himself doing it.
“It’s the weirdest thing I’ve ever had the misfortune to see. 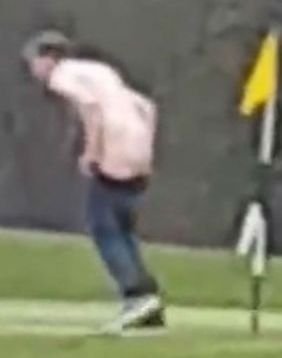 “I don’t think he was drunk because he was filming himself. There was only me and three other friends on the course.
“I think he thought he was all alone and when he realised we had spotted him he was not bothered. Scary to think that there are a lot of kids around that area.
“Very strange. Who knows what goes through peoples heads. That’s definitely a game of golf I will never forget.”
A spokesman for Merseyside Police said it is investigating the incident.
They added;
“The incident was reported to police on Monday April 2 2018 via a video which had been circulated on social media.

Rapper Sauce Kid Bags 2 Years Prison Sentence In US After Pleading Guilty to...

Johnson Olumide - July 21, 2019 0
Rapper Sauce Kid (AKA Sinzu) reportedly has sentenced to two years in prison, and this comes more than a month after news that he...

I am a fucking industry on my own!! M.I Abaga slams Vector in new...

Adedokun Moses - November 10, 2019 0
Nigeria rapper, M.I Abaga in a series of post today has slammed Vector the viper. With the two rappers a major household in the entertainment...

Johnson Olumide - March 21, 2020 0
A Ghanaian actress whose name was given as Joyce Boakye, was allegedly caught having sex with an actor on a toilet seat at a...