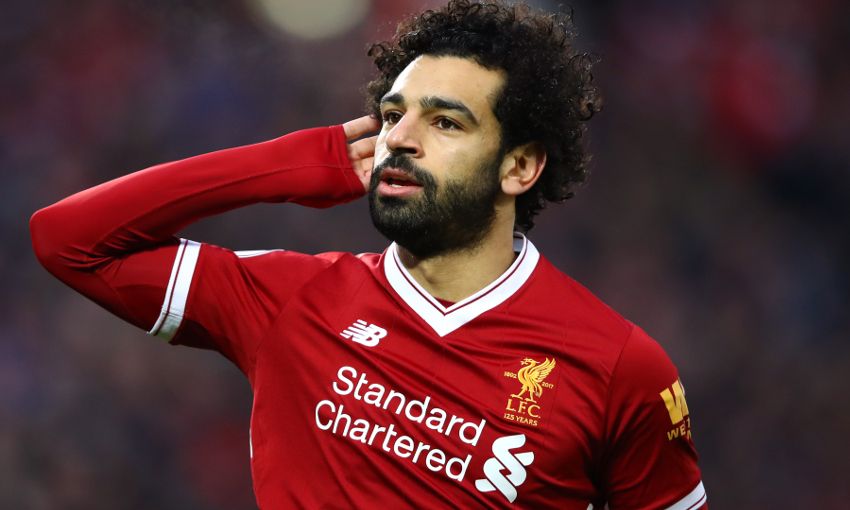 Mohamed Salah has been nominated for English Premier League Player of the Month award for March.

The attacker has already won the individual accolade twice this season, in November and December. For a hat-trick of the monthly award, he has to do battle with five other outstanding players.

Salah made four league appearances for the Anfield outfit during March, scoring six goals including a haul of four in a 5-0 humiliation of Watford before the international break.

The 25-year-old took his tally for the season to 38 goals, 29 to lead the English top-flight scoring chart, in 42 games across all competitions after leading Liverpool to an impressive 3-0 victory over Manchester City in Wednesday’s Uefa Champions League quarter-final first leg tie.

Salah will have to shake off injury concerns – after he was forced off inside the hour mark against City – to stand any chance of continuing from where he stopped in March as Jurgen Klopp’s men take on archrivals Everton in another Merseyside derby on Saturday, in their maiden league game in April.

Mariah Carey gets more Raunchy as she shows of Nude boobs in a black...

Yoruba Demon!! I Know Many Girls Who Think We’re Dating, But I’m Single –...

Johnson Olumide - April 20, 2018 0
DMW Star act, Mayorkun revealed explicitly in an interview with HipTv, that he’s single, even though plenty girls think they’re in a relationship with...

Johnson Olumide - February 18, 2020 0
The Tennis Legend backed with 21 Grand Slam Championship shared the lovely Photo on her Instagram earlier today and captioned [email protected] ... You're gonna love me   Serena on...

Johnson Olumide - June 7, 2021 0
Controversial Yoruba actress, Nkechi Blessing Sunday via her social media page revealed that Nigerians back home are full of hate towards their own celebrities. According...