Home News “Na Your Papa F*ck Up” – Wizkid Blasts Those Insulting Him For... 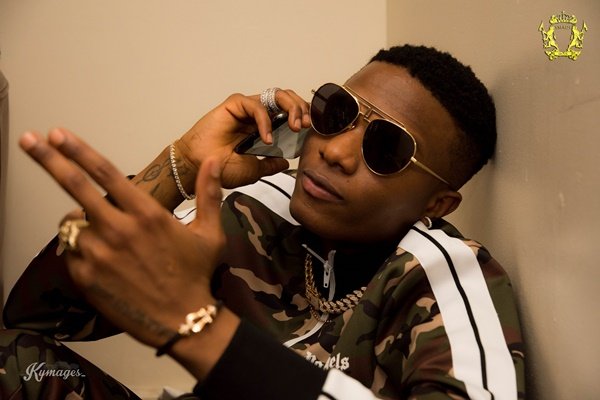 Wizkid has got no chill at all

The Starboy Boss wasted no time to blasts critics who called him out on Social media for missing the Coachella performance.

Wizkid was scheduled to perform at the ongoing Coachella Art & Festival in the US but he was unable to make it down to the Event venue due to some Visa issues he encountered.

READ ALSO
I don’t steal people’s song, I pick a line from them - Kuami Eugene clears the air
Wizkid tweeted explaining the reason for his absence but some Nigerians still choose to attack him. Well, Wizkid is not ignoring his Critics, he responded to them and it was damn too much for us all handle.

See what a Fan tweeted and Wizkid’s response below:- 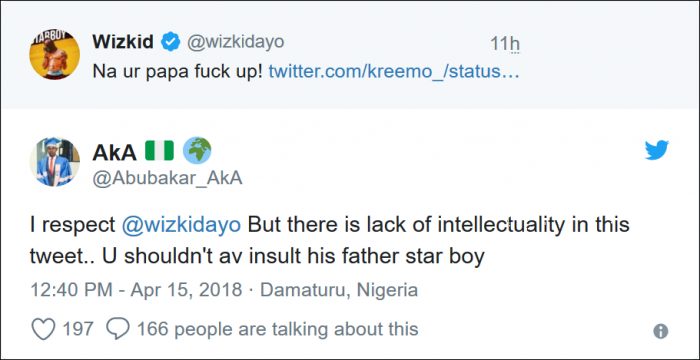 Nigerians are however not cool with Wizkid’s response saying such was not expected from someone of his caliber.

Well, Wizkid doesn’t seem to give a fuck about what Nigerians have to say about him as he continues to respond to those insulting him with even more stronger words.

See another response below:-

We hope he apologizes to his Fans soon!

Coachella Valley Music & Arts Festival also known as “Coachella Festival” is a yearly music & arts festival which holds in the US.