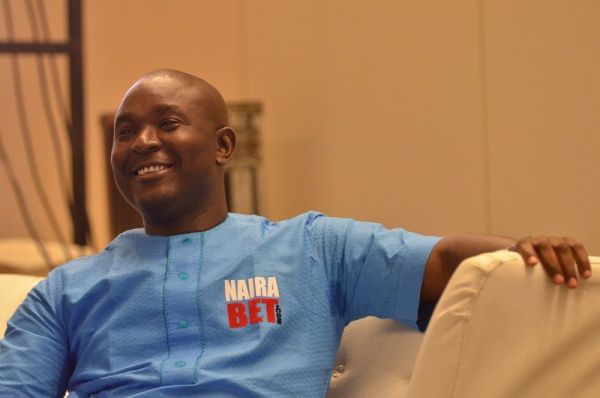 No fewer than 52 entrepreneurs were recently empowered with seed money of N5.2 million by the founder of NairaBet and Convener of the Youth Enterprise Conference (YECO), Otunba Akin Alabi.

With over 7,000 delegates in attendance, 52 entrepreneurs were chosen and given seed money of N5.2m to impact into their respective businesses.

However, the standout beneficiaries were two delegates, who had travelled all the way from Sokoto and had their doggedness rewarded with not only N100,000 each for their businesses, but also had their transport fares refunded and even got free flight tickets back home amongst other rewards.

Speakers at the summit were those who have track-records of successes in their respective fields and this includes Ubi Franklin, founder and CEO of record label Made Men Music Group (Triple MG), and JJ Omojuwa, Chief Strategist Alpha Reach and respected public speaker, who also doubles as the current Best Twitter Personality Of The Year in the annual African Bloggers Awards sponsored by the Bill and Melinda Gates Foundation.

Also present as speakers on the day were founder of Iroko TV Jason Njoku; Techpoint’s Adewale Yusuf and Nollywood legend, Desmond Elliot, who is also a member of the Lagos State House of Assembly.

For Alabi the serial investor and marketing expert, he not only ensured that day was memorable one in the lives of 52 young Nigerian entrepreneurs, but also cemented his status as one of Nigeria’s most progressive and generous business leaders.

Recall that Alabi, through the Akin Alabi Foundation, extended a similar gesture to 50 entrepreneurs last year by granting them a sum of N5 million to be specifically invested into their business ideas.

This brings the total amount disbursed by Otunba Akin Alabi to entrepreneurs in the last one year to over N10 million with 102 beneficiaries in total.

The Youth Enterprise Conference an initiative of Otunba Akin Alabi is a free business and career building summit which holds annually at the Eko Convention Centre.

Alabi, the author of the popular business and marketing book, Small Business Big Money, holds a Masters of Science (Msc) degree in Marketing from the University of Liverpool, United Kingdom as well as a certificate in Intellectual Property Strategy from Harvard University, Boston, United States.

In recognition of his leadership skills and philanthropic works, Alabi was appointed the Mogaji (Head) of Ajiwogbo compound in Ibadan by the Olubadan of Ibadan, HRH Saliu Adetunji.

READ ALSO
Wizkid Songs Turns me on like F*ck , please i need him - Mercy Aigbe

I have no interest in running for a political office, DANGOTE

In addition to supporting entrepreneurs with business grants, Alabi also touches thousands of lives at the grassroots by building and donating classrooms to schools, sinking borehole projects in communities with water scarcity and financial empowerment for widows and traders.

According to him, entries will soon be announced for the next beneficiaries of the 5th edition of YECO, adding that funds will be bigger for the next one.