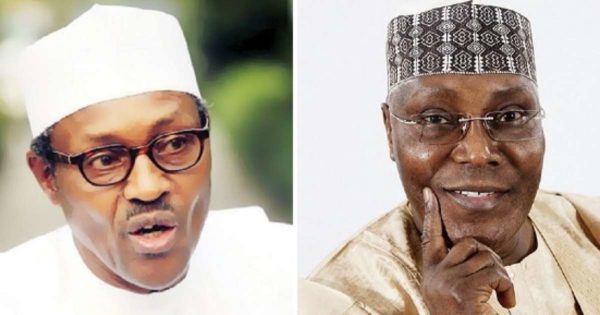 A former vice-president of the Federal Republic of Nigeria, Atiku Abubakar, has weighed in on the statement President Muhammadu Buhari made yesterday on Nigerian youths being lazy and want everything on a platter.

The President while speaking during a panel discussion at the Commonwealth Business Forum in Westminster, London, had said the youths, who make up 60 per cent of the population, were waiting to get social amenities free without doing anything. And they are so much dependent on the oil revenue of the country.

Atiku Abubabar however refused to believe that the youth of the country are lazy as said by the President.

In a post he made via his twitter timeline, the astute businessman stated the he would never refer to Nigerian youth as people that just sit down and do nothing. And he mentioned that he has thousands of youth on his payroll and they are mostly responsible for the success of his business across the country.

“I will never refer to Nigeria’s youth as people who sit and do nothing. They are hardworking. I should know, I have thousands of youths working for me all over the country who have been the backbone to our success” he tweeted.

I’ve always said oil is not Nigeria’s greatest asset. Our greatest asset is our youth who created Nollywood out of nothing and an entertainment industry that is second to none in Africa.

Our youth are charting new frontiers; creating a huge tech industry on their own! Their entrepreneurial spirit, work ethic, and creative abilities are things of pride and should be applauded, encouraged and nurtured.

A lot of Nigerian youths have been aggravated by the statement by President Buhari and some even went as far as saying about 70% of the youth in the country are more educated and enlightened that the president.

Johnson Olumide - March 21, 2020 0
Popular Nigerian singer, Aituaje Iruobe, known professionally as WAJE was seen complaining bitter about quitting music due to lack of funds.   She said: "I dont have...

Johnson Olumide - January 28, 2020 0
Big brother double wahala is just the real deal as Nina made another shocking revelation to Biggie yesterday while having her diary session by...

Bobrisky and James Brown drags each other, threatens to jail one another

Violette - November 25, 2020 0
Justin Bieber is grateful for his 2021 Grammy nominations but the singer thinks he was nominated in the wrong category. The Canadian singer, 26, received...

Johnson Olumide - February 17, 2020 0
Nicki Minaj and Meek Mill love affair keeps getting stronger and stronger and as its going it seems words,situation or circumstances cant break or tie them...