So yesterday, Nina revealed that she hasn’t called her boyfriend, Collins, since she came back from Big Brother’s house.

READ ALSO
#BBNaija: "I want Angel back, I miss her" - Cross opens up to Pere (Video)

According to her, she is certain she will be getting negative vibes from him and his friends and that she doesn’t need any of such at the moment. She says she wants to be focused on her goals.

#BBNaija I can’t be Miracle’s girlfriend,I’m going back to Collins-Nina

Nigerians on twitter are reacting to this. Someone said if Teddy A who had a girlfriend before entering the house and is now in a serious relationship with Bam Bam, then people should leave Nina alone. See their tweets below…. 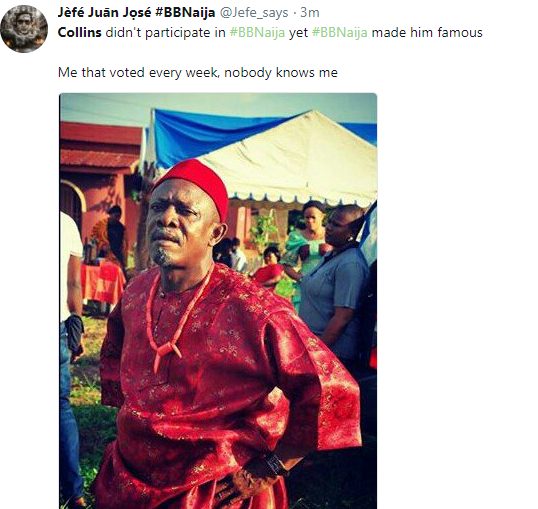 A sex doll has joined Instagram and she has followers 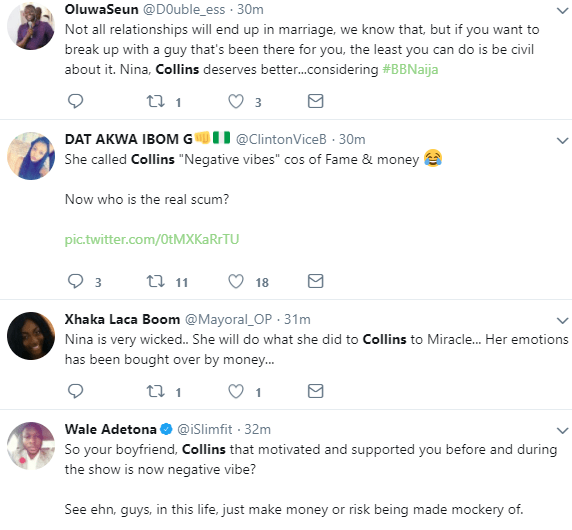