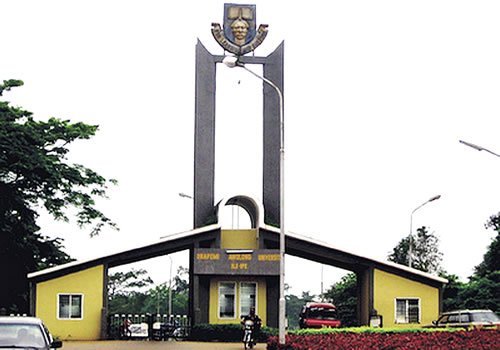 After all the hues and cries, especially on the social media, against the purported conduct of a Professor of Management and Accounting at the Obafemi Awolowo University (OAU), Ile-Ife- Richard Akindele, who was accused of demanding sex to help an unnamed female student pass his course, strong indications have emerged that the embattled lecturer and a senior pastor with an Anglican church may escape trial.

“Why would it be five times you will knack me?” She then told him she would not have sex with him five times. “Prof, you know what? Let me fail it. I can’t do it five times. For what nah? No worry. Thank you, sir,” she said, then ended the call.

Johnson Olumide - May 29, 2018 0
Happy wedding anniversary, Toolz! Today, the famous OAP took to her Instagram to share a collage of her wedding photos with her husband Tunde Demuren,...

Johnson Olumide - February 17, 2020 0
Last Night was the 47th NAACP Image Awards(American National Association for the Advancement of Colored People) which held at the Pasadena Civic Auditorium. Its an...

Nigerian singer, Emma Nyra has just welcomed a set of twins after 36 hours...

Violette - August 13, 2018 0
Emma Nyra who was once signed on to Ubi Franklin’sMMMG records gave birth to two beautiful children named Alexandría and Alexander on August 11,...

Violette - March 22, 2018 0
Nollywood actress, Lola Margaret, who is now an ex-convict because of her incident with the US Police over alleged fraud case she was involved...