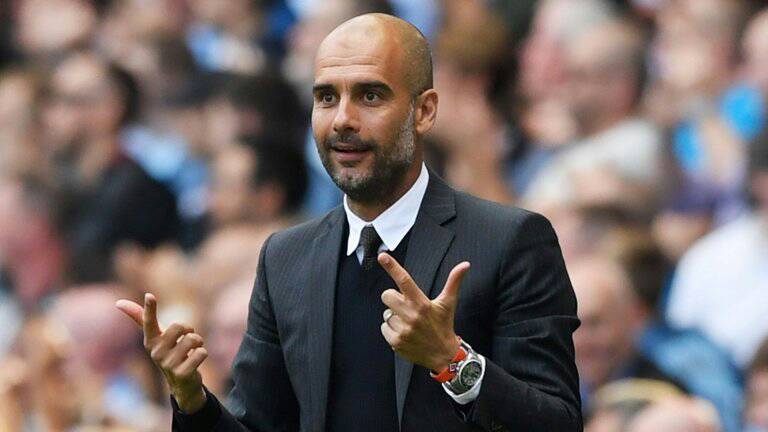 Pep Guardiola has claimed that Paul Pogba and Henrikh Mkhitaryan were offered to Manchester City by Mino Raiola in January as the Catalan hit back at the super-agent in sensational fashion.

Raiola had branded Guardiola a “dog” and a “coward” following Zlatan Ibrahimovic’s move from Manchester United to LA Galaxy at the end of March, harking back to the Catalan’s treatment of the Sweden striker during their time together at Barcelona.
Ahead of Saturday’s Manchester derby, Guardiola insisted that United boss Jose Mourinho is not his only rival: “I have many…..especially agents. I have a lot.”
“I never speak with him, so I don’t know maybe Ibra explained many things about me. But, two months ago he offered me Mkhitaryan and Pogba to play with us. Why?
“Why he offer? He was interested in Mkhitaryan and Pogba to play with us? So I’m like a guy, so he has to protect his players and he has to know so he cannot bring the players to a guy like me, like a dog. And comparing a dog is bad. It’s not good. He has to respect the dogs.”
Asked about his response to Raiola’s offer, Guardiola replied: “I said no. We don’t have the money enough to buy Pogba because he is so expensive.”

‘Minding your business is good for your skin’ – talented singer Tiwa Savage says...

Violette - July 1, 2020 0
One of the best singers in the country and even in the world, Tiwa Savage have come out after lockdown experience to show her skin. Beauty...

Johnson Olumide - August 2, 2018 0
The world cup is over and Ruggedmans virtual soccer brand Rugged Premier League is back. It was fun and games last night at BL Restaurant...

Johnson Olumide - March 21, 2020 0
Popular Nigerian Billionaire Daughter Dj Cuppy participates in 10yearChallenge alongside other Celebrities. Well we all know the internet has never been a friendly place for...

If you must Cheat, Cheat cause Life is too short -Toke Makinwa

Johnson Olumide - April 11, 2020 0
Popular Nigerian socialite, Toke Makinwa took to her twitter account to advice fans saying If  you must Cheat, Cheat cause Life is too short, those...