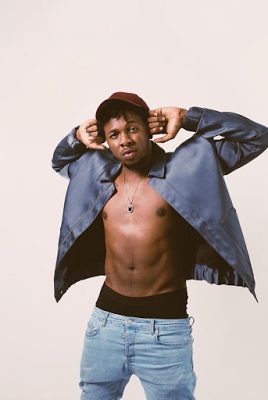 Singer Runtown may be spending sometime in jail following the relase of a sex tape featuring him and an unidentified lady. Reports have it that Runtown may be the one behind the leak itself.

The singer who has been in a legal battle with label Eric Many, has been banned from performing at shows until he pays his debt to the label.

The label following the release of the sex tape did their investigations and found out Runtown is behind the leak.

Via a statement released by the label, they addressed the issue writing;

‘Preliminary findings have revealed that the released sex tape and Whatsapp chat purportedly leaked by Runtown’s label is totally fake and a badly executed stunt by the artist himself. Investigations have led to the capture of a suspect (name withheld) who confessed to using a fake Instagram account to spread the false sex tape leak on Runtown’s request’.

‘We have maintained from the beginning of this saga that Eric Many has a verifiable court injunction against Runtown and we’ll not resort to blackmail or cheap social media stunts as we believe in the rule of law. Investigations are on-going as regards the leaked sex tape story and we’ll let the law take its full course’ the statement said.

On the outcome of the investigation, Eric Many General Manager Johnson Adumike said;

‘Ericmany has been vindicated but we refuse to be drawn into media war with Runtown who the label made and will therefore not destroy.

‘Moreover, trying to use a sex tape to black mail Runtown is just like using a bottle of whisky to blackmail a drunk’ a former Eric many staff who is very close to the singer said.

Violette - January 2, 2021 0
Big Brother Naija star Nengi hosted friends and family to celebrate her 23rd birthday and it was a memorable night for the screen diva...

Scripture allows you use your tithe to buy alcohol, Drinking is not a sin...

Violette - July 17, 2020 0
Former President Goodluck Jonathan's aide and a supposedly pastor Reno Omokri says drinking alcohol is not a sin. The man who has been updating his...

Johnson Olumide - June 28, 2021 0
Nollywood actress and Philanthropist, Tonto Dikeh finally replied to Shade Ladipo over her latest opinion on her celebrating her new Husband on his birthday...