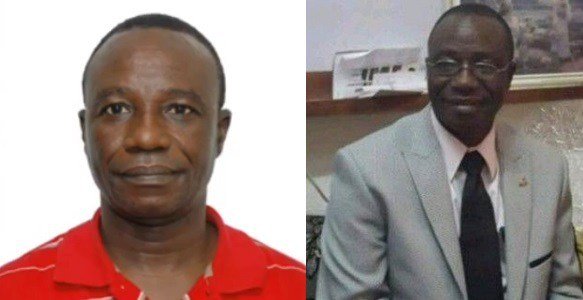 The management of the Obafemi Awolowo University, Ile Ife has suspended one Prof. Akindele allegedly captured in a telephone conversation demanding for sex from a female student in his department.

A member of the committee, who pleaded anonymity confided this to newsmen in Osogbo on Wednesday.

He revealed that the committee recommended the suspension of the professor in a report of the committee set up by the university to probe the matter and to authenticate the veracity of the telephone conversation where the lecturer demanded to have sex with the student five times before he would upgrade her mark from 33 to a pass mark.

“The committee invited the professor and the female student. We identified the student and invited her but she did not appear. Only the professor honoured our invitation. I don’t want to tell you what he said on the telephone.”

The committee member said the lady was an MBA regular student and added that the final report would be summited after the lady might have appeared.

However, the Public Relations Officer of the OAU, Mr. Abiodun Olanrewaju, when contacted on the telephone told our correspondent that he would find out to know if the report was ready and get back. But he had yet to do that as of the time of filing this report.

The Vice Chancellor of the OAU, Prof. Eyitope Ogunbodede, had on Sunday told our correspondent that the report of the committee would be ready on Wednesday and that it would be released to the public.

It will be recalled that the the lady had released a telephone conversation she allegedly had with the professor and the lecturer was heard demanding sex with the lady. The lady eventually rejected the condition given during the conversation.