Home News Singer Kelvin Sean’s ex-wife accuses him and his family of sharing her... 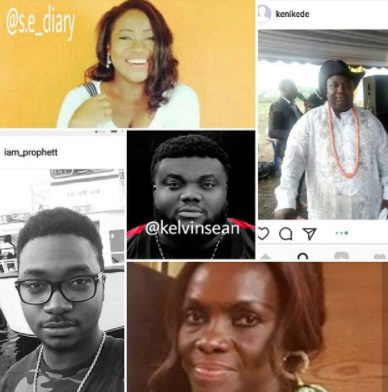 Henrietta, the estranged wife of Nigerian singer Kelvin sean, took to IG a few hours back to accuse the singer and his family of releasing her nude photos online following the end of their marriage.

READ ALSO
Starboy Wizkid Models for Dolce and Gabbana Alongside With Supermodel Naomi Campbell
According to her Kelvin, who resided in Canada while they were married, asked for her nude photos which she sent only for it to tun up on social media following the end of their marriage.

This is the family of Mr and Mrs Othuke Kingsley Ikede of Bethel , Isoko, Delta state.
I was married to Kelvin Sean (Robor Ikede). I have one daughter(we have a 2years old daughter together.) He lives in Canada while I stayed with his parents in Warri. When we were married, he asked me to send him nude videos and pictures of myself. Which I have never done before. After much convincing, I did because he is my husband and I trusted him.
Months later, they began to blackmail me that I must give them the baby to take to Canada while I remain in Nigeria. If I refuse, they will publish my naked videos and pictures all over social medias. I was wise enough to keep recordings of their threats and blackmail. The case is still ongoing in Court as we speak.
They never appeared in court again and he traveled back to Canada.
Right now, they have carried out their threats and blackmail and have posted the nude pictures and videos on social medias with a social media account he opened for the singular purpose of publishing his wife’s nudity she sent to him while they were married, inside their matrimonial room in his own parents house.
HOW CAN A FAMILY AND A HUSBAND PUBLISH NUDITY OF HIS OWN WIFE AND MOTHER OF HIS CHILD SHE SENT TO HIM IN CONFIDENTIALITY & TRUST AS HIS WIFE! This is more than inhumane.
Father: Mr Kingsley Othuke ikede (@kenikede)
Mother: Mrs patience Ikede.
First son(husband, & father of my child) Mr. Robor Ikede(@kelvinsean)
Second son: Oruaro Ikede(@iam_prophett)
Daughter: Sonia Oreva Ikede(@s.e_diary). 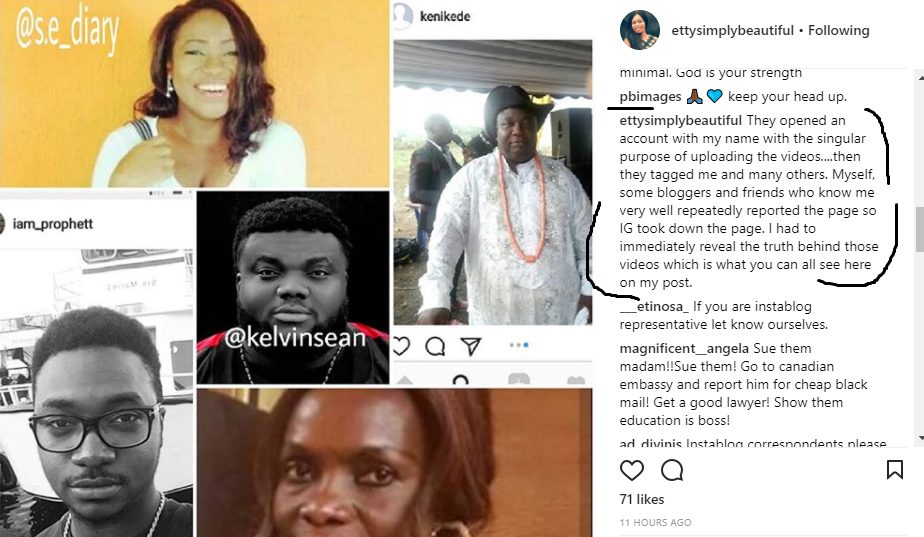 This family has grossly abused womanhood, motherhood, humanity and the sacredness of marriage with this inhumane act of theirs!