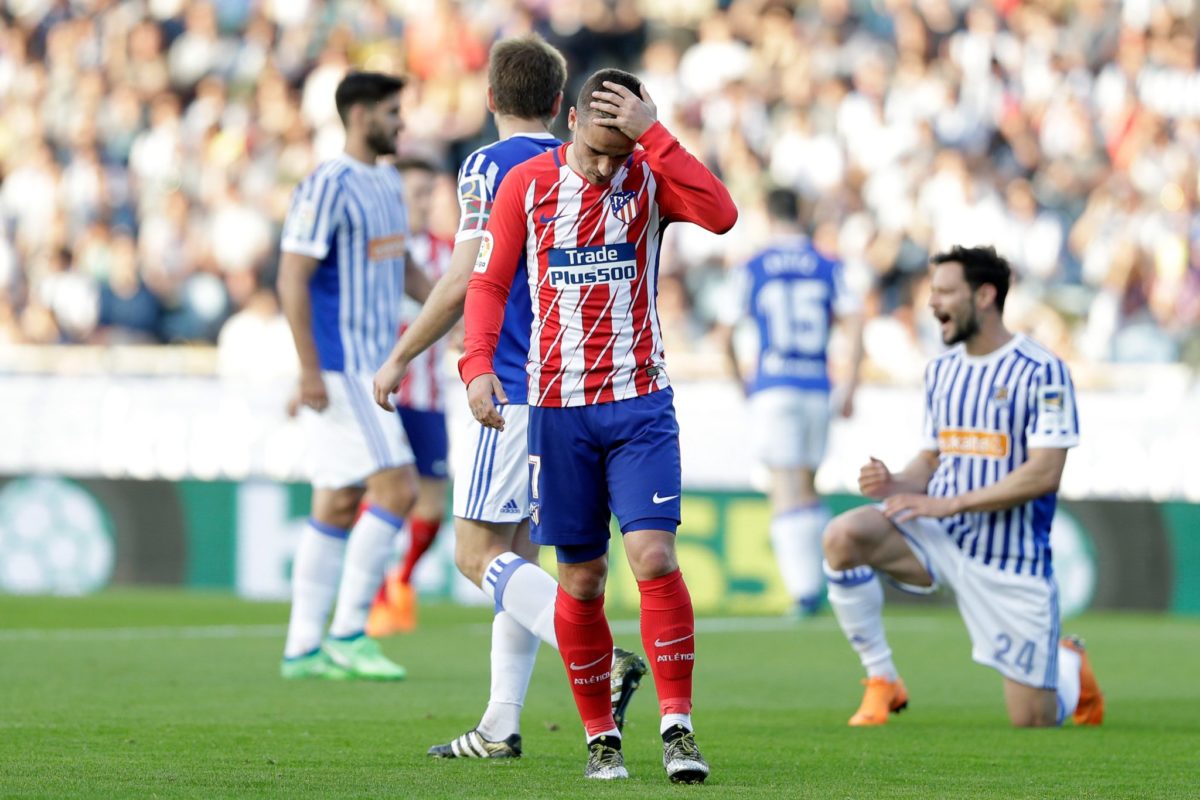 Diego Simeone’s side were second best throughout and fell behind when Willian Jose turned home a cutback by former Manchester United winger Adnan Januzaj. 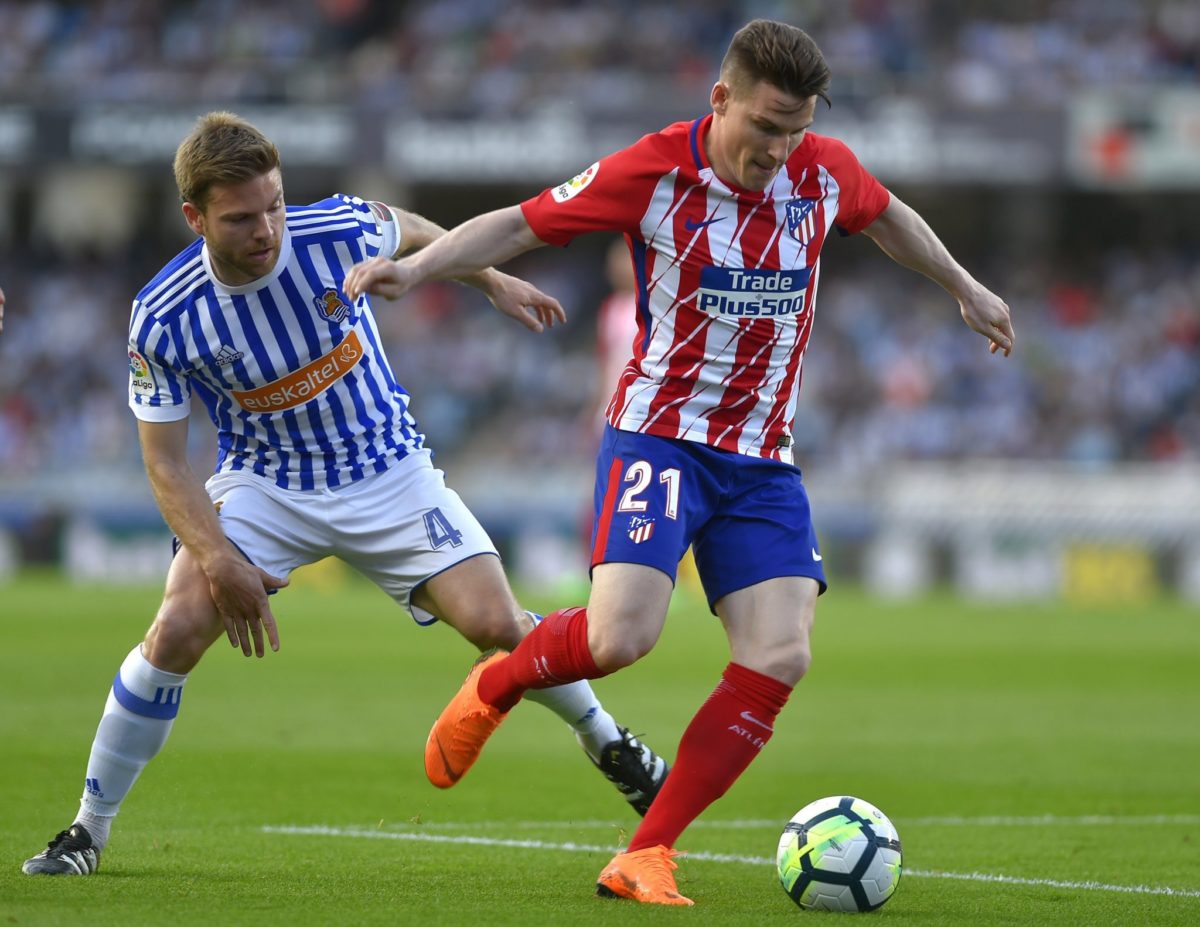 Substitute Juanmi made it 2-0 late on when he drove in before getting his second in stoppage time with a chip.
Barcelona will win the La Liga title with victory at Deportivo La Coruna on 29 April.
Barca finished second last season, three points behind rivals Real Madrid. 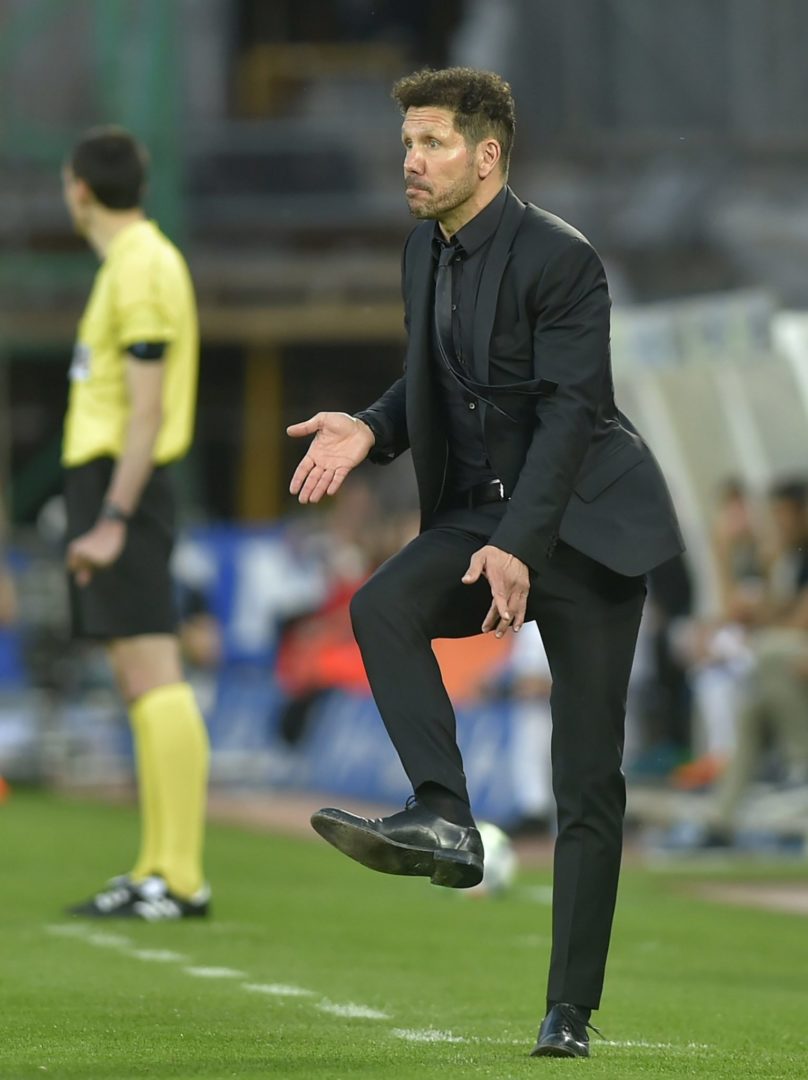 Second-placed Atletico, who are 12 points behind Barcelona with five games remaining, travel to Arsenal in the first leg of their Europa League semi-final on 26 April.