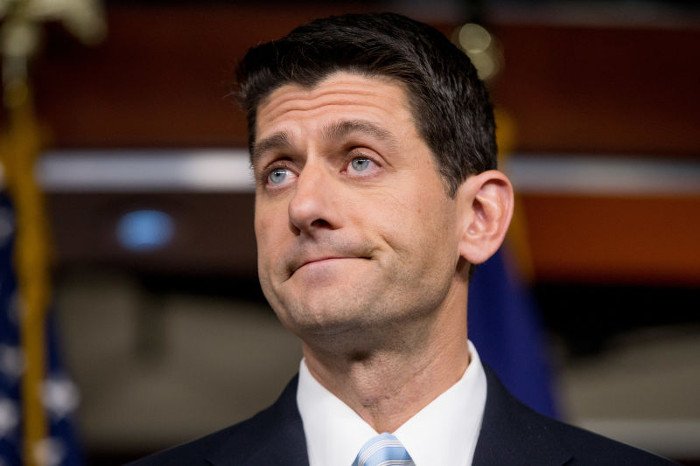 Paul Ryan, the 48 year-old U.S. House of Representatives Speaker said on Wednesday he will not seek re-election to Congress in November and will relinquish his leadership post at the start of 2019.

Ryan, who portrayed his decision as one driven by wanting to spend more time with his family, has had a rocky relationship with Republican President Donald Trump.
Asked to what degree Trump’s presidency influenced his decision not to seek re-election, Ryan said, “Not at all.”

READ ALSO
#BBNAIJA: We Make It To Vogue Paris- Mike as he congratulate’s his designer
His decision, regarded as a great blow to the Republicans, came after months of speculation that he would retire, setting off a struggle for succession among party members amid mounting concern about the party’s prospects in November, when Democrats are seeking to regain control of Congress from Trump’s fellow Republicans.
“I am announcing today that this year will be my last one in the House,” said Ryan, the 2012 Republican U.S. vice presidential nominee and long-time legislator from Wisconsin.
A prolific fundraiser for the party, Ryan became speaker in late 2015 after then-House Speaker John Boehner, also a Republican, unexpectedly resigned following a series of clashes with right-wing conservatives in the divided party.
Trump’s low approval ratings and controversial 14 months in office have heartened Democrats about their chances of recapturing the House majority they lost to the Republicans at the end of 2010. To do so, they would have to pick up at least 23 seats in the 435-member House.
There has been speculation that Ryan could have his eye on a run for the White House in 2020 or beyond. But in his statement to reporters, he talked about spending more time with his family.
Ryan also said he has been assured by the White House that Trump does not intend to fire Special Counsel Robert Mueller, who is investigating potential collusion between Trump’s 2016 presidential campaign and Russia, or Deputy Attorney General Rod Rosenstein, who oversees Mueller’s probe.
“I have no reason to believe that that’s going to happen,” Ryan said. “I have assurances that it’s not, because I’ve been talking to people in the White House about it.”