Home News What If We Manipulate #BBNaija Votes? Is It Your Fathers’ Show?” –... 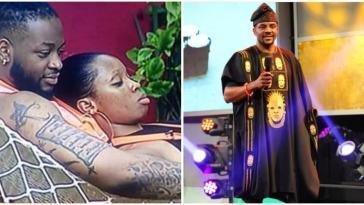 After the series of controversies that followed the eviction of Big Brother Naija housemate – Teddy A, the alleged leaks in result manipulation and the attendant statement credited to Payporte CEO, Eyo Bassey, I got on the phone with the show’s host (Ebuka) to ask him what’s going on.

ME: You guys have comfortably taken over the social media space. Everywhere you turn, it’s Big Brother this, Big Brother that or Cee-C this, Cee-C that. How has it been so far?

EBUKA: It’s not been easy, but we are pulling it off. The show ends in less than a month so everyone can take a well-deserved rest.

ME: So who is going to win this?

EBUKA: [Laughs] But Segun, you know I can’t tell you this.

EBUKA: [Rubs nose] I can’t tell you because I don’t know.

ME: Are you sure you don’t know who will win yet? There have been allegations that votes and results are being manipulated, especially after that Eyo Bassey statement and the leaks less than a week before.

EBUKA: Does anybody have any evidence of the results being manipulated? If they have any proof, they should come forward. Mr. Eyo made that statement on his own. That doesn’t mean anything was manipulated. You think if the producers manipulate the show, Cee-C would still be in that house especially after she cut the dress Payporte gave them? People should stop talking about what they don’t know.

ME: But how do you think the evicted housemates especially Teddy A and BamBam will feel knowing that they are scapegoats to show Nigerians that sex doesn’t sell in Big Brother’s house?

EBUKA: They can feel however they like. They aren’t even happy Big Brother changed their lives? Who knew them before Big Brother? Is it that BamBam that calls herself an actress and no one knows? What has she appeared in? At least Ifu we know. Or is it Teddy that the closest thing to stardom he probably had was that photo with Basketmouth that was taken in 1944?

READ ALSO
Serena Williams says "I don't want to go too long without cracking a racket."

EBUKA: It’s true nah. They should not even get me started abeg. Even Nigerians who feel entitled because their favourite candidates have been evicted, they are crying “bias”! What if we even manipulate voting? Is it their father’s show? Or is their father’s money inside?

EBUKA: Why I no go vex? You Nigerians can like to vex somebody. Please you people should carry yourselves and go jor.