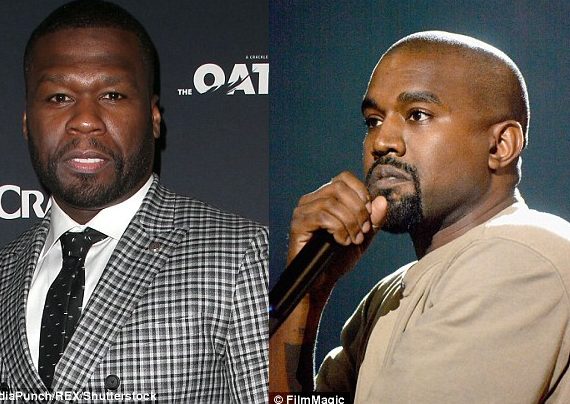 50 Cent and Kanye West have been feuding with each other for over a decade. And this week, the  rapper took aim at the ever-controversial Kanye in a series of snide tweets. 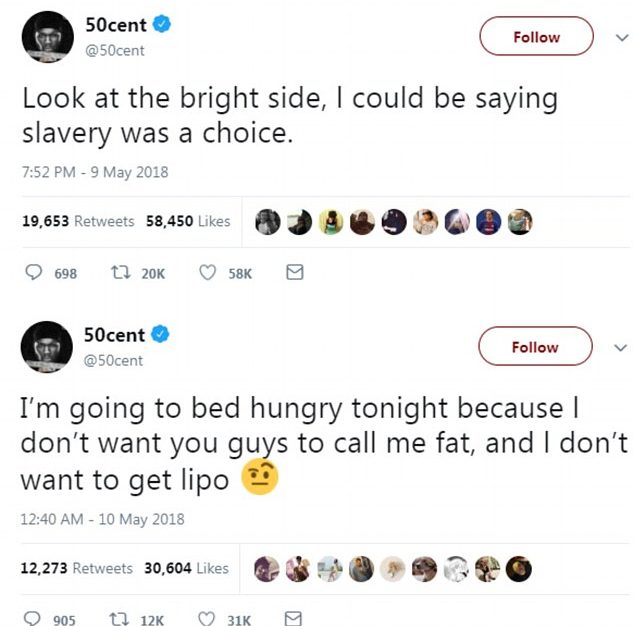 The Power actor/producer, 42, mocked the Yeezy designer’s admission he became addicted to opioids after getting liposuction surgery, posting: ‘Going to bed hungry tonight because l don’t want you guys to call me fat, and l don’t want to get lipo.’

Kanye and Fiddy’s feud really began heating up around 2007, when West’s album Graduation trounced 50’s LP Curtis on the Billboard charts, surpassing the G-Unit rapper’s numbers by over a quarter million units.

After that a casual rivalry was elevated into a full blown beef.

Violette - November 21, 2019 0
Veteran singer and songwriter has join the list of concerned Nigerians to share their thoughts on the proposed social media bill. With the country's national...

I Am The Youngest Billionaire In Africa- Shatta Bandle Blasts Artist Dimplez For His...

Violette - November 26, 2019 0
Ghanaian biggest and richest big man shatta Bandle who claims to be richer than Nigerian richest man Dangote and many Nigerian Celebrities is at...

Johnson Olumide - May 12, 2020 0
Wizkid attend GQ men of the year Awards with Naomi Campbell (video) The GQ annual awards, which are now in their 21st year, celebrate men...

‘Always take out Time for what really matters’ – Omotola pictured with son during...

Violette - November 10, 2019 0
Screen goddess Omotola advices her fans to always remember to set out time for family no matter how much work they might have as...

BBNaija Reunion: “You are not my type” – Tochi to Wathoni (video)

Johnson Olumide - June 24, 2021 0
The Big Brother Naija Reunion show continues to live up to its expectation as Tochi and Wathoni engaged in a fiery argument. At first, it...