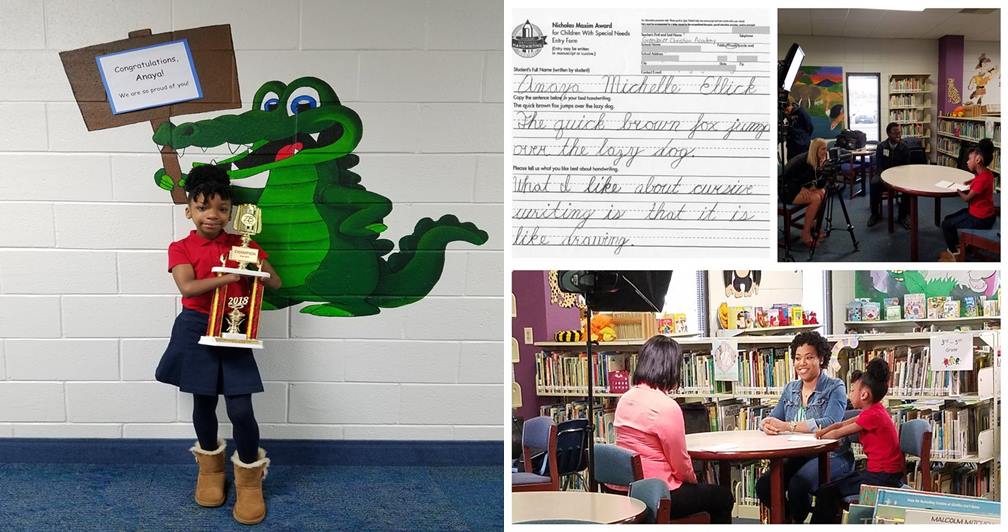 A 9-year-old schoolgirl identified as Anaya Ellick, has achieved an outstanding feat after she received two national awards for her exceptional writing skills.

The achievement of the little girl who is a third-grader in Chesapeake area of Virginia, United States, is remarkable because she has found a way to be the best at writing despite the fact that she was born without hands.

Ellick was named the winner of the 2018 Nicholas Maxim Award, part of the 2018 Zaner-Bloser National Handwriting Contest, on Thursday, April 26.

The award recognizes students with special-needs who have developed an exceptional skill in handwriting. In 2016, the 9-year-old was also named winner of the contest’s print category.

It was gathered that the little who doesn’t use prosthetic hands, learned how to hold a pencil between her arms to draw and write.

READ ALSO
Chika Ike sizzles in New photo,says Not Everything deserves your attention