Home Entertainment BBNaija #BBNaija: “Accept that you were wrong, apologize and then try to be... 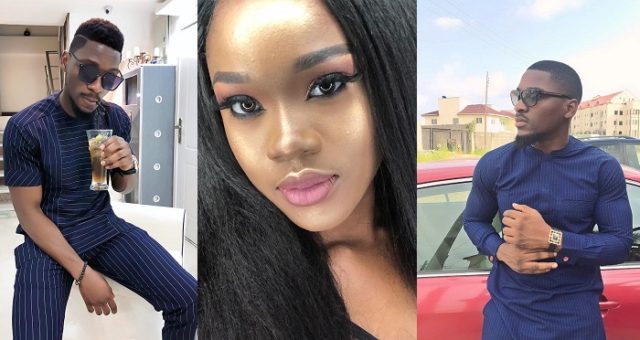 Seems like Big Brother Naija finalist, Tobi Bakre is somewhat still holding on to the grudge he’d had with controversial housemate, CeeC while in the house.

It can be deduced from a recent interview with Red Media Room, that Tobi isn’t quite over the tantrum CeeC threw at him during their final days in the house.

He said she needs to “accept she was wrong, apologize and then try to be better“.

He said in full,

You saying we just drop whatever happened in the is like asking us not to be human and that’s not fair, if you ask me. I mean, we are human beings, definitely lines were crossed, things were said, and things were done. And it’s different when you come out of the house and you apologize genuinely for the things you did, like oh!! whatever thing I did or said that was me playing a game, outside the house sorry that wasn’t me, it was a different ball game sorry, then we access the whole situation and be like , okay it’s was just a game. But when you come out and even almost after leaving , you getting the same vibe, same responses, the same verbal interaction, it’s no more a game. That is the real situation, the real you, so I’m not upset, I’m not angry. For me it was a ‘let it out’ you know when you are angry with someone and you have exhausted you energy, you will be like come and give me a hug and everything will end there. I was thinking we would get to that point but we didn’t.

What will end all this is a genuine apology, Big Brother quoted one and she apologized for that, but that wasn’t the first time it was going to happen. It was more like the 3rd time, at a point I almost felt like, yo mehn… it’s like this thing is partial, Big Brother you are seeing this, this is not right. You don’t apologize for the one Big Brother saw, if you want to apologize, you do it genuinely, and you apologize in totality. If you want to change as a person, you acknowledge and accept your mistakes, apologize and then try to be better, that’s just it for me

READ ALSO
#BBNaija: I drink and I blackout - Arin reveals her personality (Video)

Cee-C who has apologized to Tobi for her nasty words at him long before now, didn’t hesitate to let him know that she too is angry at his actions in the house.

She calls him out for gossiping about her a lot while the show was on.

Cee-c is this Cee-c is that, and I don’t want that for myself either… Whether he thinks, it was a game of whatever, that’s his cup of tea and he can drink it