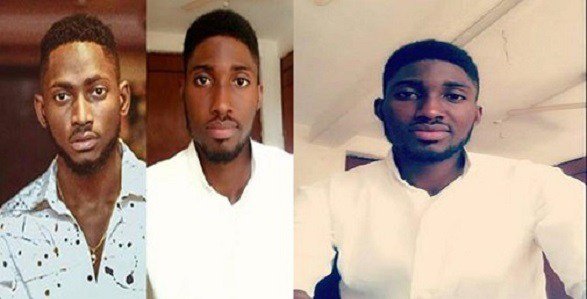 These are photos of a Nigerian who looks so much like Big Brother Naija winner, Miracle Igbokwe.

The young man simply identified as Ezenwa Arinze claimed he is Miracle’s carbon copy and a close look at this pictures confirm his claim.

Details on Ezenwa Arinze are still sketchy but he obviously looks like Miracle.

Meanwhile, Miracle, has revealed how he will spend his N25 million. The pilot made the disclosure on Monday after he was presented his cash worth of 25 million Naira and a car.

The pilot said he will use part of the money to embark on a training to get his licence as a commercial pilot.

“Now, God has blessed me with funds, so, obviously, I will go for the CPL training.

“A lot of you know that I have a goal to become a billionaire and one of my plans towards becoming a billionaire is investing in agriculture on a large scale.”

Davido storm Icebox shop for new jewelries as he gets set for his tour...

Violette - February 27, 2020 0
Afropop singer, Davido storm Icebox shop for new jewelries as he anticipate the start of his USA tour. Icebox Diamonds & Watches is a privately-owned...

Violette - May 14, 2021 0
Veteran singer, songwriter and music executive, D'banj has signed the first female artists into his record label, DB Records. Having paved a way for himself...

Bambam Gifts Teddy-A A Guitar On His 30th Birthday, Strikes A Pose With His...

Johnson Olumide - June 8, 2018 0
It may seem as though BamBam is taking her relationship with fellow BNaija ex-housemate, Teddy A to the next level. When Teddy A and BamBam...

Johnson Olumide - December 20, 2019 0
Seyi Shay seems to be out for non fans and trolls. The Yolo Yolo crooner, just had a new hair-do and she wanted to flaunt it. She...

Violette - December 18, 2020 0
Controversial Nigerian cross-dresser Bobrisky has revealed the main reason why God sent him to planet earth and why Nigeria was the preferred destination. Bobrisky whose...