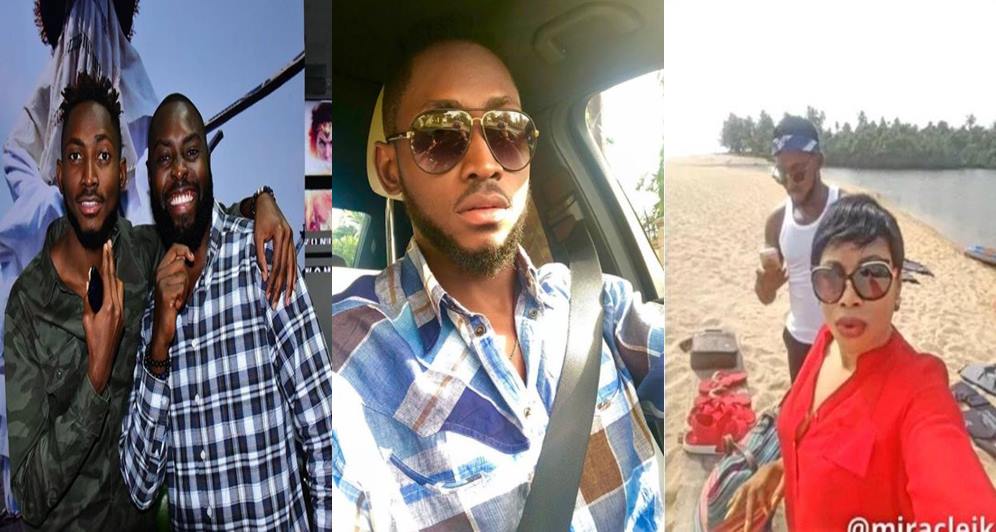 Big Brother Naija 2018 winner, Miracle and his popular brother, Captain Godwin Igbokwe have given conflicting accounts about his relationship with ‘Aunty Juliet’ rumoured to be his bedmate.

While Captain Igbokwe referred to Juliet as Miracle’s aunt, the self-acclaimed FlyBoy who is seeing Nina claims Juliet is a ‘family friend’. Now, who do we believe?

It would be recalled that the internet was agog over the weekend with claims and pictures that the winner of the just concluded BBNaija reality show, Miracle, had a sugar mummy.

However, Miracle’s brother, Captain Igbokwe, reacted to the allegation on behalf of his brother. Captain Igbokwe, who took to his Instagram page to address the issue in a video, said the woman known as Juliet was actually their aunt.

He said “Juliet is Miracle’s aunt, it is insulting because someone is hurt or you have been unable to see Miracle outside the house then try to fabricate stories.

“In our family, we love each other dearly and down to earth. And then someone calls my aunt, my brother’s sugar mummy it is unfair. How do you expect people to see her in public, this is a woman who has a reputation?”

Meanwhile, some social media users who have been digging into his private life presented an old interview Miracle granted immediately on his return to Nigeria from South Africa during which he referred to the ‘Juliet’ as a ‘family friend’ who has been assisting him financially.

“There was a time she actually offered to pay me one or two things in order for me to raise money for my training (aviation school).

“She was there for me. Trust me.” he claimed.

The conflicting information has further being questioned as people raise eyebrows on why Miracle has suddenly lost his voice with his brother now assuming the position of his scribe when he is alive and healthy.

Watch the video of Miracle’s interview below