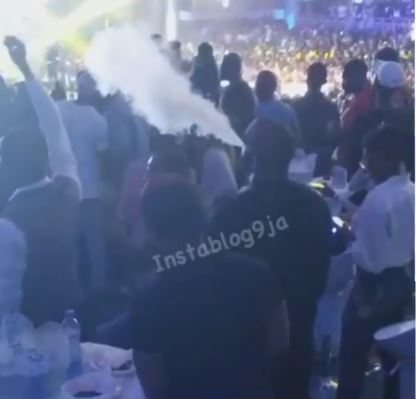 Nigerian rapper, Lynxxx who has proclaimed that he is born-again, has been spotted smoking at a public event.

A video has show the moment Nigerian rapper, Lynxx was seen smoking in public.

The rapper who has severally proclaimed to be a born-again Christian, got fans talking online after the video of him smoking went viral around social media.

The video which was taken by a spectator at the event showed the singer having a good time at the show, shaking and moving his body.

It will be recalled that Lynxxx said he had given his life to Christ sometime in April 2016 and always took time to admonish fans to follow God.

The fans are now surprised that Lynxxx can smoke since smoking is generally prohibited in many Christian circles.