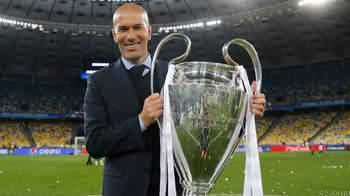 Zinedine Zidane has resigned as manager of Real Madrid today. The Frenchman announced his decision after calling for an impromptu press conference following a meeting with club President Florentino Perez.

While the reason for the presser was not given, most of the Spanish news outlets had already come to the conclusion that Zidane had resigned. And it was proved right by the French great who confirmed the decision to step down.

Zidane enjoyed sensational success with the Los Blancos in two and a half years, winning the Champions League thrice and the LaLiga once apart from the Club World Cup.

Florentino Perez said, “Zinedine Zidane communicated to me yesterday the unexpected decision that he will leave as coach.”

Zidane explained, “I love this club and the president who gave me the chance to play for this club and manage the club of my dreams. But everything changes and that’s why I’ve taken the decision to leave.”

“What I think is that this team needs to continue winning but I think it needs a change, a different voice, another methodology and that’s why I took this decision.”