Cardi B made an embarrassing blunder on Twitter on Thursday as she tried to figure out why Childish Gambino and Donald Glover look like identical twins. 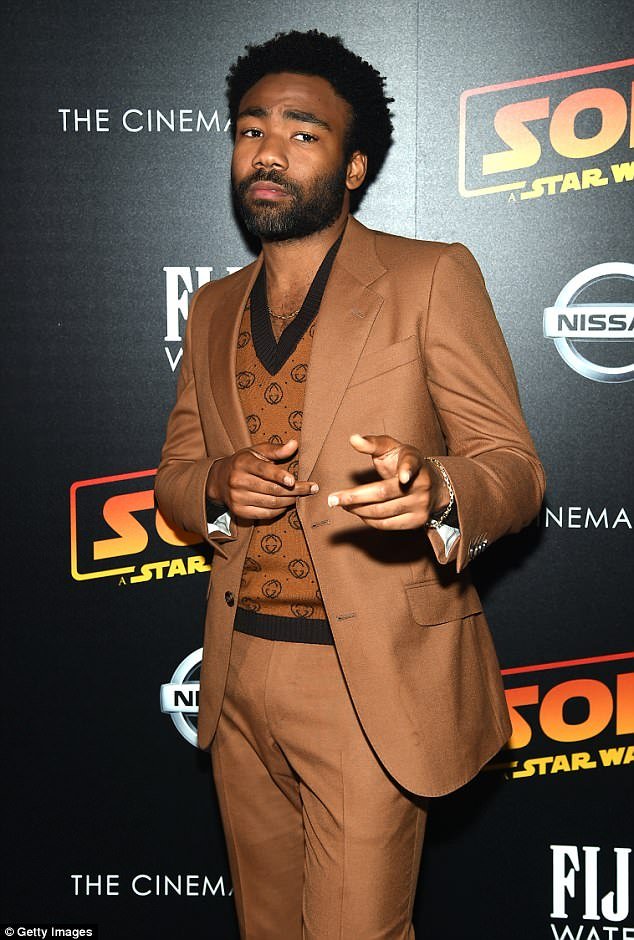 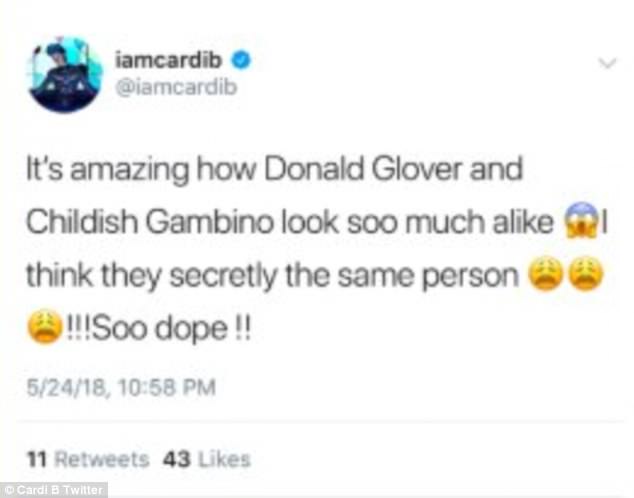 Prior to her tweets, Cardi wasn’t aware that Glover’s rap name is Childish Gambino.

On user said: ‘If you didn’t know Childish Gambino was Donald Glover you’re a fake fan.’

While another tweeted: ‘Cardi blondie.’ 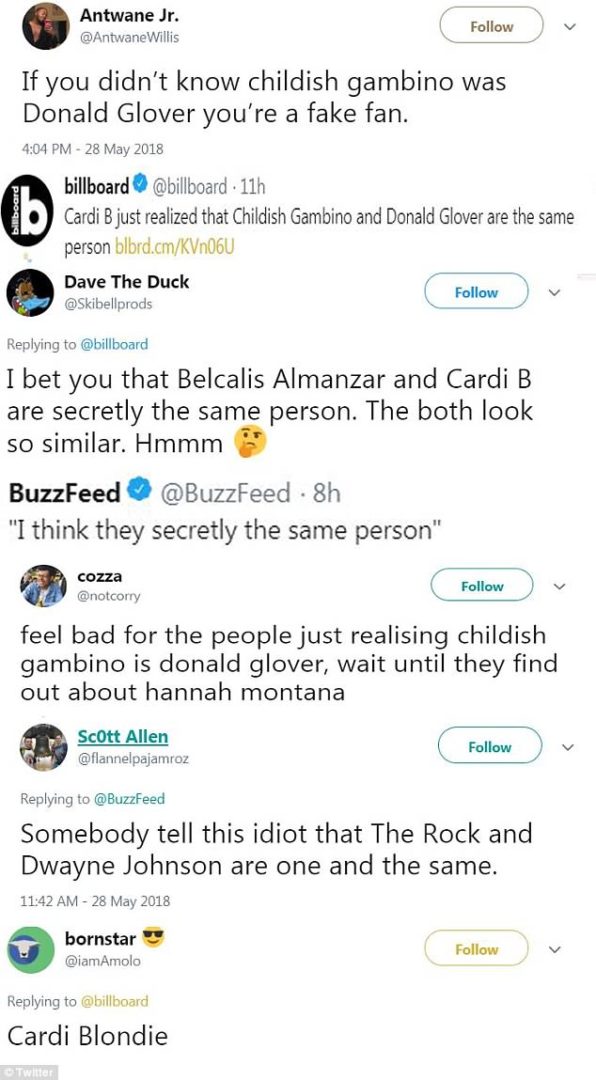