Home Entertainment BBNaija Chioma hits back at trolls who came for her posting a photo... 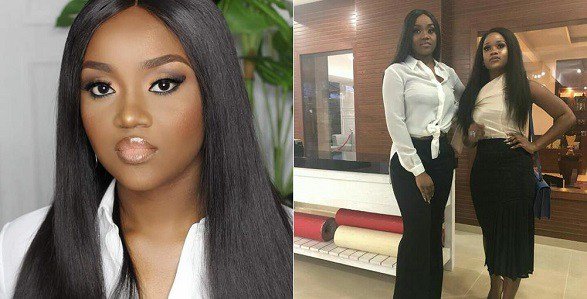 READ ALSO
Maybe E Put "Mouth for Wetin No Concern Am", Reactions as BBNaija Kiddwaya Gets Stung on Lips by Bee (Video)

Chioma hits back at trolls who came for her on social media for posting a photo with Big Brother Naija’s Cee-C.

The beautiful girlfriend of Davido has been getting both positive and negative reactions on social media due to her relationship with the singer.

Chioma, who got presented with a Porsche car worth N45million by her boyfriend, Davido and a mouth-watering deal worth millions of Naira took to her Instastory to make it clear that she blocks trolls in no time.

Meanwhile, Here are some stunning new Photos of Davido‘s Girlfriend , Chioma the Chef that is currently making the rounds on social media.