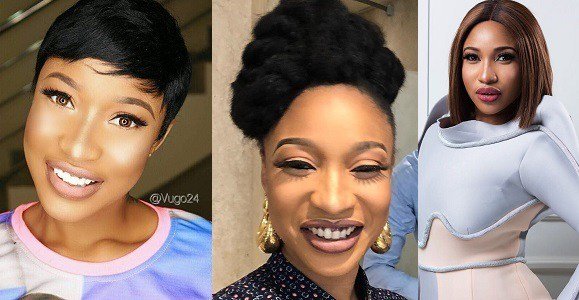 Tonto Dikeh has declared that she misses being intimate..

The actress and mother of one who took to her Instagram page to make this declaration said, though she loves been celibate, but she misses intimacy a little bit.

Meanwhile, just recently, the actress fired back at her haters.

The actress quickly took to the comment section to set the records straight: “Excuse me, that’s my son and that’s not his grandfather in any way,” she wrote, adding, “Baba is a great man and has been wonderful to me and my son but unfortunately we have no blood relationship with baba.”

Many people felt this was shade targeting her ex-husband who had always claimed he is related to the former president, and it was for this reason they called out Tonto Dikeh, with some even questioning her parenting skill.

Well, Tonto Dikeh has refused to ignore the trolls, because she has fired back at them.

See her comments below: