Home News I Was A Bus Conductor For Almost A Decade – Singer, Small... 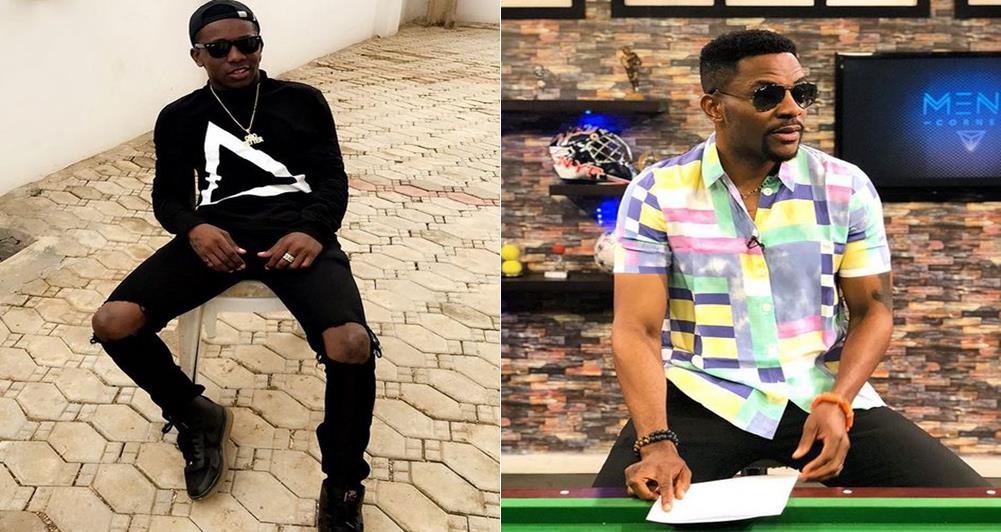 Singer, Small Doctor , has opened up to media personality, Ebuka Uchendu  on his days a bus conductor in the commercial city of Lagos.

While speaking in an interview on a Channels TV show, ‘Rubbin Minds’ with Ebuka Obi-Uchendu, popular singer, Small Doctor, who is well known for his hit song ‘Penalty’, disclosed that he was a bus conductor for almost a decade.
READ ALSO
Simi Heavily Beaten By Mayorkun After She Placed A Bet With Him (photos)

The Lagos-based singer whose real name is Temitope Adekunle opened up on his days as a bus conductor and an upcoming artiste in the city of Lagos.

“I had recorded my first single,” he told Ebuka Obi-Uchendu, host of the show.

Had a very interesting live #RubbinMinds interview with Small Doctor yesterday.
Hear him talk about his days as a bus conductor and okada rider. pic.twitter.com/c4tNSAZ2tn

I had been gaining airplay in my hood back then. Agege, Ogba, all those places. But person no fit just stand dey believe say dem go dey call you for show.

“Those times sef, if you’re opportuned to be on the stage you go beg with the fact that they’ve been playing the song all the while. So I just needed to have some other things to just keep the ball going.”

Small Doctor explained that regardless of his early successes in his neighbourhood, he had to make a living, detailing his regular bus routes in Lagos.

READ ALSO
Kemi Olunloyo to Drag Premium Times to Court,Pay 5billion Damages over Fake News
I was a conductor for years, almost a decade,” he said. “From Agege to Ikeja, Ikeja to Maryland, Maryland to Yaba.
“I shuttled that place for like three to four years. I moved to Oshodi to Mushin under bridge. So it was from Oshodi to Mushin, Mushin to Oshodi I spent like six to seven years.”
When asked about the current state of his former bus driver, the singer replied by saying, “I have done the needful”.