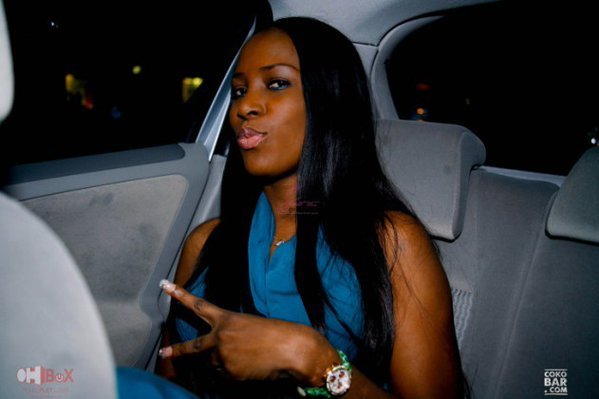 In a new attack on Linda Ikeji, controversial journalist, Kemi Olunloyo, revealed that the celebrity blogger is not self-made as many have been led to believe.

According to her, Linda Ikeji got her wealth as a result of her dealings with politicians and oil tycoons.

She also threatened to name the governors who financed Linda Ikeji’s media.

This is the latest episode from Kemi Olunloyo who appears to have moved on from fueling controversies about Linda’s pregnancy.

“@officiallindaikeji Your entire business will COLLAPSE VERY SOON WHEN YOU LANGUISH IN PRISON LIKE ME. My business collapsed and I lost wages, assignment, ads, revenues and my integrity. MARK MY WORDS! Linda Ikeji media will suffer a catastrophe. When your baby arrives in 9 months or whenever you choose, I will investigate where you trafficked it from.

Better get your adoption papers together. Languish is a word that you will never ever say again. Omale jatijati. Banana Island mansion bought by a looter. Both governors who financed LIM will be named soon. You are NOT SELF MADE. YOU LIED TO ALL THOSE YOUNG GIRLS. Oil tycoons and politicians made you. They cannot marry you. They have their wives home