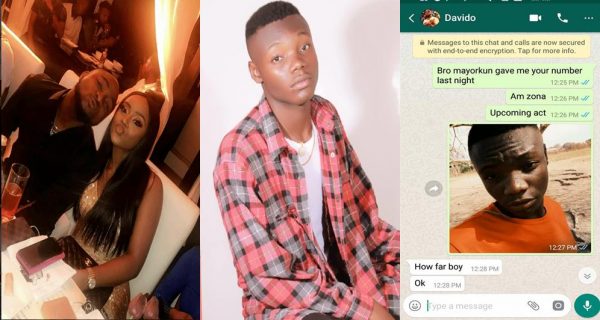 Davido has been trending ever since he won 3 Headies Award as some top celebrities took to their social media handles to congratulate the artist.

Still on the artist, a shocking news has just come up and its all about the singer’s new single ‘Assurance’ which he dedicated to his girlfriend Choima.

A young artist named ‘Zona Gee’ claims he wrote the romantic song (Assurance) for Davido and has not been given any accolade for his work.

“Davido No Remember Me!” – Ghanaian Slay Queen Who Tattooed Davido On Her Hand Cries Out

Backing his statement up with some photos of their chat, the young artist was sad he was not remembered.

“So after writing ‘Assurance’ for Davido no credit was given to me nor my name mentioned..such is life still your fan though…disturbing the industry soon.”

Could this really be the writer of the song? well time will tell right? 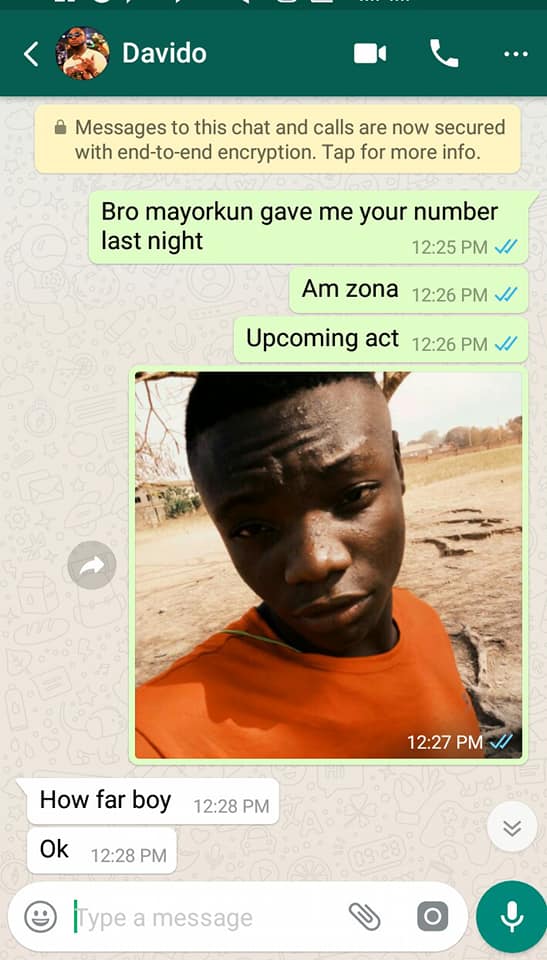 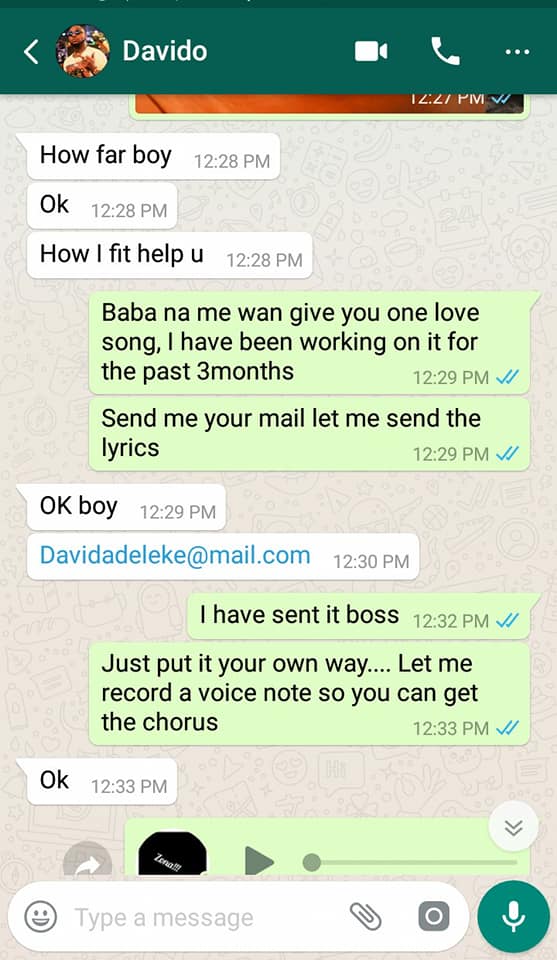